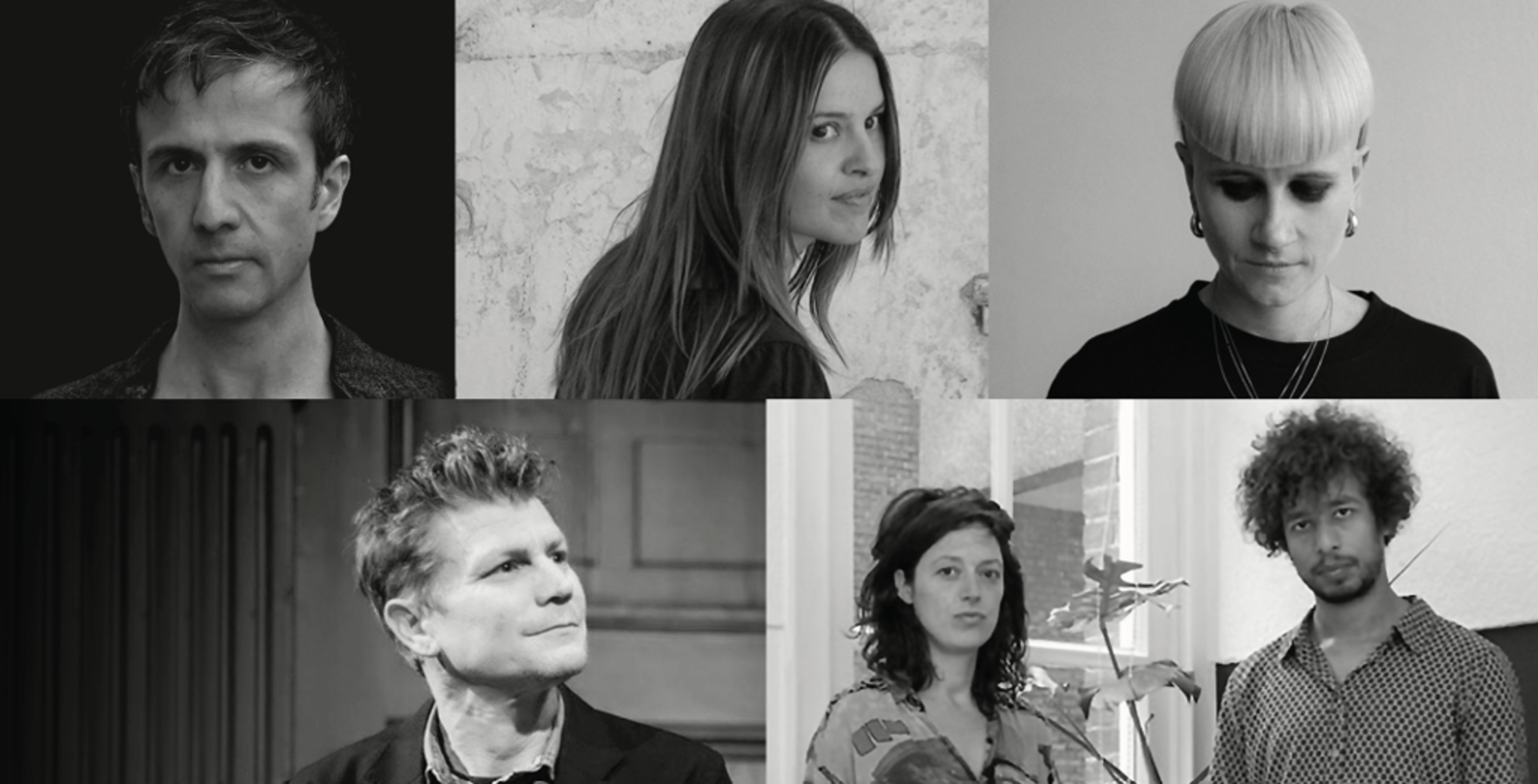 We are Europe that supports artists both from its own community and the new comers will examine the transformation of artistic practices through the last few years. WAE has transformed into a media platform, showcasing many talents and voices. With the artists who perform audiovisual performances under We Are Europe umbrella, the panel will focus on how the social movements as well as technological progresses and the unpredictable pandemic have affected their artistic works and approaches. As cultural actors whose practices are shifted, they'll address and respond to these changes. Antonia Folguera from We Are Europe will moderate the panel. This Panel will be in English.

Ali Demirel
Ali Mahmut Demirel, born in Turkey in 1972, is a Berlin-based artist. Demirel studiednuclear engineering and architecture before pursuing art. He started to make video andsound work in the early 90’s while he was a researcher at Middle East TechnicalUniversity, Audio-Visual Systems Research Center.In the 2000’s, he focused his work on real-time computer-generated images and beganto create interactive live audio-visual performances.

He is known for his long-termcollaboration with the electronic music producer Richie Hawtin (aka Plastikman),particularly exploring abstract minimal imagery with synchronised sound.Later period, he returned to video installation work and created a video trilogy under thetheme ‘Post-Apocalyptic Utopias.’ Those videos formed Demirel’s solo show titled‘ISLE’ at Arter Istanbul in 2018. Recently he is working on a series that connectsecology, nature and myth, through an exploration of specific geographies where notablemythologies emerged.

Antònia Folguera
Antònia Folguera defines herself as a "multimedia adventurer". She has been working in media (audio and video streaming) since way before YouTube appeared. Currently, she is a curator in music and digital and new media art festivals, like Sónar+D (Sónar Festival's creative technologies conference) which occupies most of her time during the year, and she collaborates with other festivals like Eufònic (Terres de l'Ebre, Spain), STRP (Eindhoven, Netherlands), Keroxen (Tenerife, Spain). Since 2019 she is jury member and tutor at the Barcelona City Council grants "Barcelona Producció", to support the city's emerging talent. She is also part of the XRCB (Barcelona Community Radio Network) project, and organises "Dorkbot Barcelona", an event that is the meeting point for "the people who do strange things with electricity in Barcelona. She is also an occasional dj, looking for micro-trends and exciting sounds. You can listen to her one Tuesday a month, when she makes her radio show Lummerland at Dublab.es. Antònia Folguera is face of We are Europe 2021.

Cora Novoa
Cora Novoa is a music producer, creative director and researcher who works on the intersection of art and technology. She played her modular live around the world in festivals like Sonar Barcelona, Tate-Modern Museum or Magnetic Fields India; also she combines her artistic career with other professional facets as Ableton Official Trainer, musical content curator, doing masterclasses about music industry or creativity and the creative direction of her own record label SEEKING THE VELVET.

Lea Fabrikant
Lea Fabrikant is a multidisciplinary artist based in Berlin. In his works, he creates, destroys, and also complies his environments using his voice and various materials to distort his message through the lens of the digital world. While he does that, he generates audiovisual collages combining sound and visual elements of an abstract nature. Fabrikant also processes his analog improvisations through various digital techniques, creating hybrid worlds with a strong emotional character with using his voice and other sound materials.

Olof van Winden
Olof van Winden (Mukumu, Kenya - 1976) is director and founder of the TodaysArt festival in The Hague. Over the years, under his leadership, TodaysArt has expanded into an international network of festivals, projects and collaborations in Japan, South-Korea, Mexico, Russia, the Middle East, Canada, the United States and many European countries.  His visionary approach and inner urge for a in depth search of new ideas are his drive in forming a worldwide platform for facilitating artists in their creativity and for bringing it as a close and personal experience to the global audience of all backgrounds, cultures, interests and levels.
Known for his unconventional approach and considered an expert in media art, digital culture, creativity and innovation, Van Winden is regularly invited as a speaker during international conferences, as advisor for creative projects, or as jury member/advisor for committees.

Tarik Barri
The Berlin-based Dutch artist Tarik Barri defines himself as an audiovisual musician and also expresses himself through his constantly developing self-programmed 3D audiovisual space. Barri has developed collaborations with internationally renowned musicians, such as Thom Yorke, Nicolas Jaar, Robert Henke and among others. With the sound and the visual are expressed as a single element, he creates a virtual world and while he does that, he maintains the creative autonomy of both.