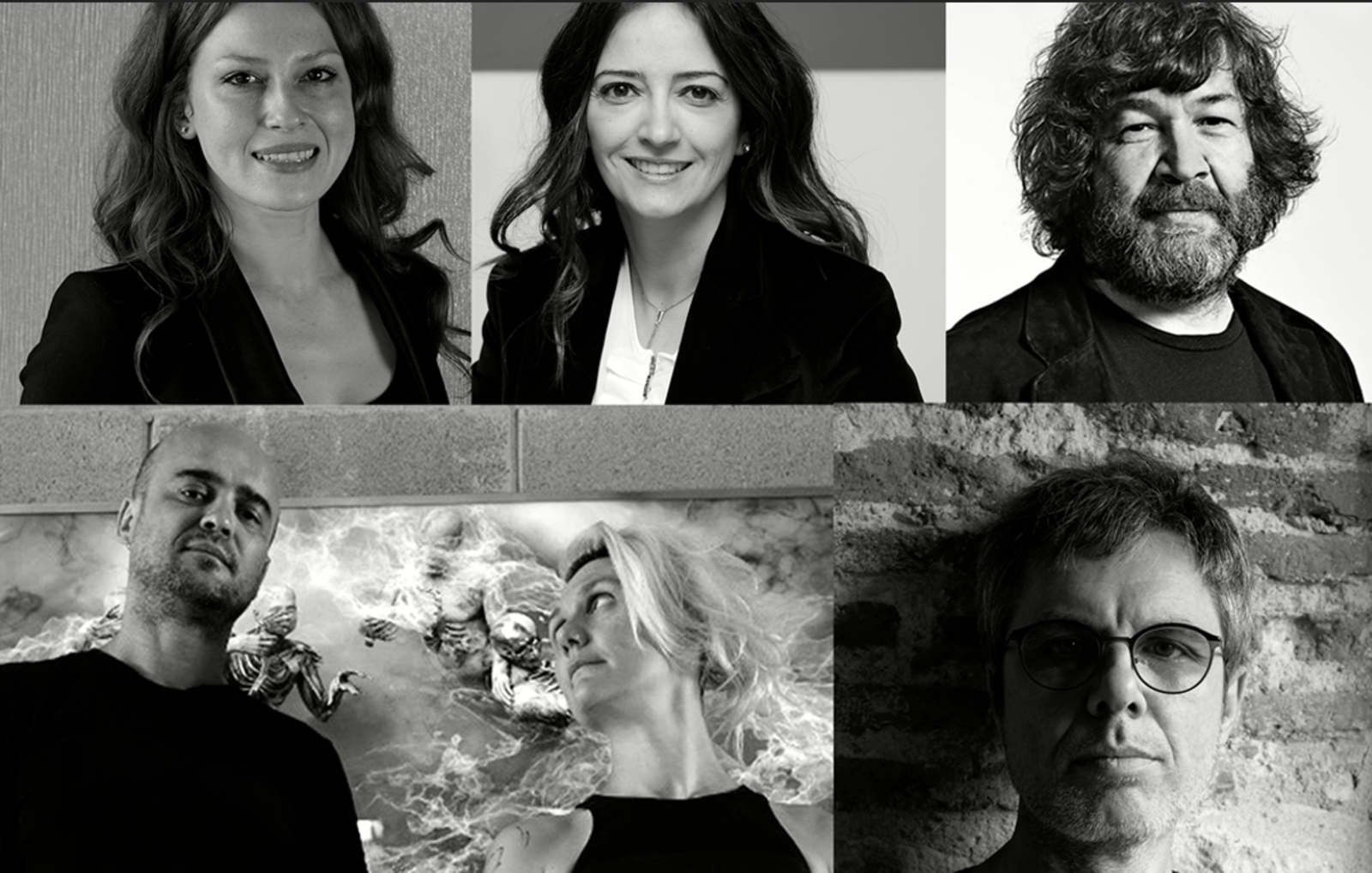 With the rapid introduction of crypto and NFT concepts into our lexicon, crypto art and digital collectors have also become hot topics. This panel, which brings together important names in this field, will examine the issue with participants from different perspectives. Eda Elif Özbek, marketing manager of BTC Turk, which facilitates the trading of cryptocurrencies; Feride İkiz, whose collection includes the works of pioneers in crypto art such as Grimes, Refik Anadol and Murat Pak; artists Hande Şekerciler and Arda Yalkın, whose works have been exhibited in museums around the world; and 'Fractal Istanbul', NFT artist Tarık Tolunay, whom we see on Istanbul street billboards, and a strong staff will talk about the possibilities of how art can be digitalized in a rapidly digitalizing world and who can own it.

Eda Elif Özbek
Born in Istanbul in 1988, Eda Elif Özbek completed her undergraduate education at Marmara University, Department of Business Administration between 2006 and 2010. She did internship in different organizations such as Özbek, İKSV, TV8 and Baymak, choosing market research and advertising as her major. After his graduation, he entered the business life professionally by taking various positions in agencies working in different disciplines of digital communication. With Youth / Media - Digital, which he was the director of between 2012 - 2015, he signed award-winning projects with local and global leading brands, public institutions and organizations, famous names. After 1 year of entrepreneurship experience in 2015, he worked as VP of Marketing at Ekspres Investment, a subsidiary of Net Holding, in 2016. Having a personal interest in Bitcoin and blockchain, Özbek's path crossed with BTC Turk in 2018, and he still manages the marketing communication processes of the brand as BTC Turk Marketing Director.

Feride İkiz
Feride Ikiz, who is a graduate of Bogazici University Management Department (1998), is currently working as a partner in PwC Advisory, specialized in merger&acquisitions and data analytics services. She has a contemporary art collection mainly comprising sculpture, art installations, video art, DGI. Her collection’s main theme is ‘‘human’’, the issues of the contemporary world. She has recently enriched her collection with NFTs and exhibited selected artworks from her NFT collection in Contemporary Istanbul Art Fair in June 2021 at a collection exhibition named ‘Crash’, which was curated by haar. She is a member of Arter and Istanbul Modern and a supporter of Piksel New Media Artist Residency Program.

Levent Erden
Born in 1957, Levent Erden, after graduating from Galatasaray University, continued his MBA Program at Boğaziçi University. He started his career as an advertiser, first worked at McCann for 3 years, then worked alternately in France and Turkey to start the L'Oreal Turkey operation, becoming the first Turkish manager of L'Oreal. At the time Pepsi was the last "market leader", Pepsi Co. After his role as International Country Manager, he sat in almost every executive chair that marketing and communication could cover.

Ha:Ar (Hande Şekerciler & Arda Yalkın)
Working between Istanbul and New York, sculptor Hande Şekerciler and new media artist Arda Yalkın established ha:ar with the passion to combine a classical approach to art with new technologies. Their passion for mastering production and exploring new possibilities of expression has led the duo to work in a wide range of fields including video, animation, music, generative art, and even artificial intelligence as well as conventional methods such as painting and sculpture.
Seeking a new and original form of expression by blending their individual practices, the main subject of ha:ar’s works can be summarised as “conflict with the civilisation created by humanity, the technology it produces and the way of existence.” ha:ar received invitations from Residency Unlimited (NYC), Artist Alliance International (NYC) and 18th Street Art Center (LA), and completed programs there. ha:ar, which opened its first solo exhibition in New York in 2018, participated in CADAF in 2019 as part of Art Miami, and Contemporary Istanbul 2018, 2019, 2020, 2021. The duo, who undertook the curation of Turkey's first physical NFT exhibition within the scope of Contemporary Istanbul in 2021 is the co-founder of the Piksel New Media Residency Program (en.piksel.ist), a non-governmental organisation that seeks to teach young artists about new media art.
So far, the duo’s works have been exhibited in museums, international art fairs and galleries in Turkey, USA, Spain, Italy, France, Great Britain, Hungary, Greece and Russia. In 2021, they opened highly acclaimed solo exhibitions in Ankara, Venice and Milan. ha:ar have also worked in the music industry and for a variety of advertising campaigns and commercials, designing and producing concept artand animations that are close to their artistic approach.

Tarık Tolunay
He was born in 1970 in Istanbul. He is an artist from the last generation of Oğuz Aral ‘s Gırgır in 1989. He worked for humor magazines and newspapers. He produced storyboards, illustrations and animations for the advertising industry for many years. He carried the visual world he had accumulated about the city he lived in since the beginning of the 2000s to the illustrative city maps he named "Fractal Istanbul". Fractal Istanbul announced the first phase of the “Historical Peninsula” in 2017.
After the positive reactions, the "Haydarpaşa Panorama" study, which was about the Haydarpaşa Train Station and its surroundings, one of the symbolic structures of Istanbul, came at the end of 2019. In 2020, he published the map named "Fractal Istanbul-Pandemi" covering Eminönü-Historical Galata Bridge and Karaköy. These works represented a new approach as a mix of miniature, engraved city maps and contemporary game visuals.
They were seen as a visual contribution to urban culture. In addition to urban problems, he participated in historical courts as a "Court Illustrator" due to social responsibility and documented his period with his drawings. His works have taken their place in the world of NFT, which has been on our agenda recently. He continues his works as "Kentçizer". It focuses on the target of transforming Istanbul into a visual production workshop by adapting the Fractal Istanbul project to new media.