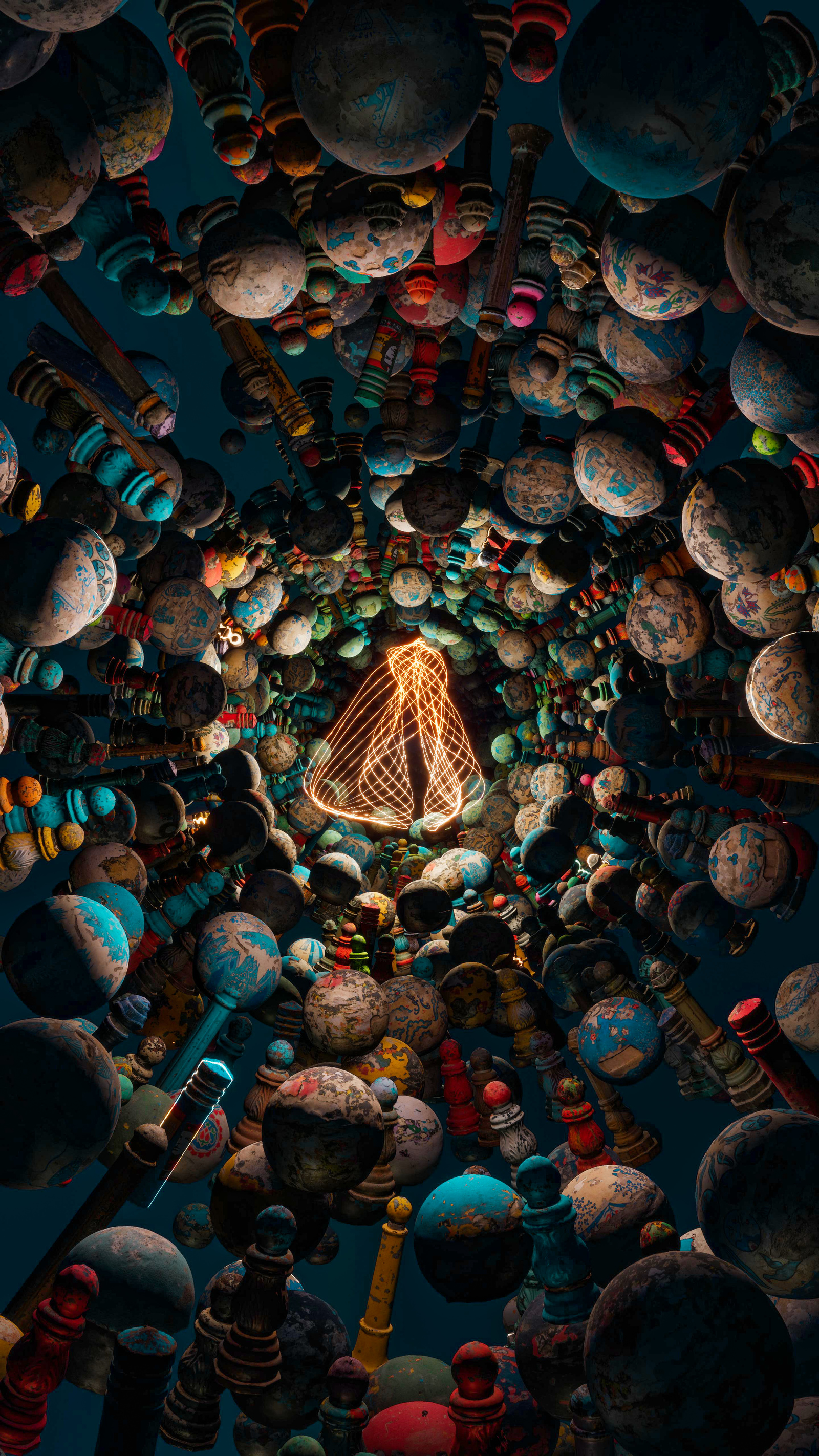 Gurur Gelen and Erdal İnci describe Justintonic with these words: Our audiovisual performance explores the connections between the physicality of sound and movement through mathematical analysis. It illuminates 3D scanned objects, spaces and terrains in real time through sound.

Gurur Gelen challenges and reinterprets genre ideas from the past and present. He blends acoustic instruments and field recordings with digital material, reconstructing the meaning behind it and making his music go against the norm. He lives in Istanbul and explores new variants of multimedia design through composition, sound arts and creative coding.

Erdal Inci's art practice is generally on public spaces and collective memory. He explored new forms of choreography in his video works by cloning his performances in public spaces. With the oddviz collective, of which he is a co-founder, he documented temporary objects and spaces that reflect street culture in 3D, and created digital collections and installations. He lives and produces in Istanbul.

Barış currently teaches at the Istanbul University Conservatory and is a member of the Trio Likya and Diskant Ensemble in Istanbul. The pianist, who performed as a guest with Tatcus Ensemble and Claremont Ensemble in New York, is also a rehearsal pianist at Cincinnati Opera, coach/repetitor at Borusan Istanbul Philharmonic Orchestra and MSGSU Conservatory. She worked as a coach and performance pianist for the BASOTI festival in San Francisco.