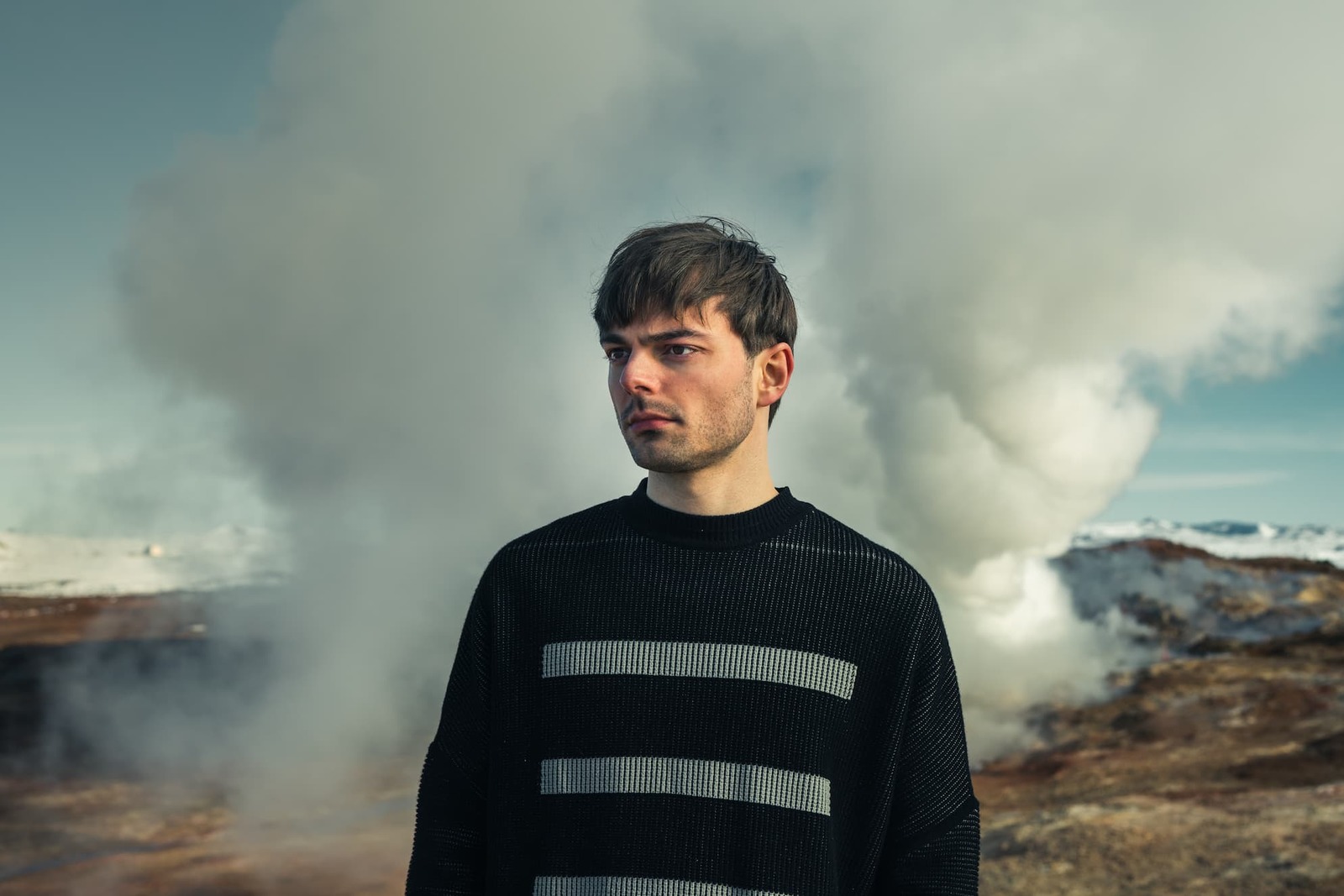 The solo output of Reykjavik producer Janus Rasmussen can be best understood as a distillation of his many diverse collaborations to date. Originally from the Faroe Islands, Janus has spent the last decade creating, performing, and innovating with other artists across myriad musical genres, amassing a wealth of experience and inspiration that’s now plainly audible in his own melodic brand of experimental electronic music.

From his work in electronic pop quartet Bloodgroup, to his output as one-half of Faroese- Icelandic duo Kiasmos, alongside Ólafur Arnalds, Janus Rasmussen knows a thing or two about crafting nuance and restraint. Released via Christian Löffler's Ki Records, Rasmussen’s solo debut album, Vín, marks a new leap into uncharted territory. It’s a record that finds the producer delving deep to reveal the full scope of his talents. “I often work really quickly and I tend to be drawn to really strange ideas. I have this kind of obsession of finding something that really should not work and make it work. It’s very satisfying.”

As a whole, Vín is a solo debut that certainly “works”. Recorded in his Reykjavik studio, it’s full testament to Rasmussen following his creative instincts in order to make a record that luminously explores new sound-worlds within the realm of experimental minimal techno. Whether you look to the balmy downtempo groove of Wisp, the understated bliss of Lilla or the insistent rhythms that make December a fitting curtain call, Vín has a range that peaks and lulls in all the right places.

Janus Rasmussen began writing the majority of Vín in early 2018, though some of it (including lead single Green Wine) goes further back.