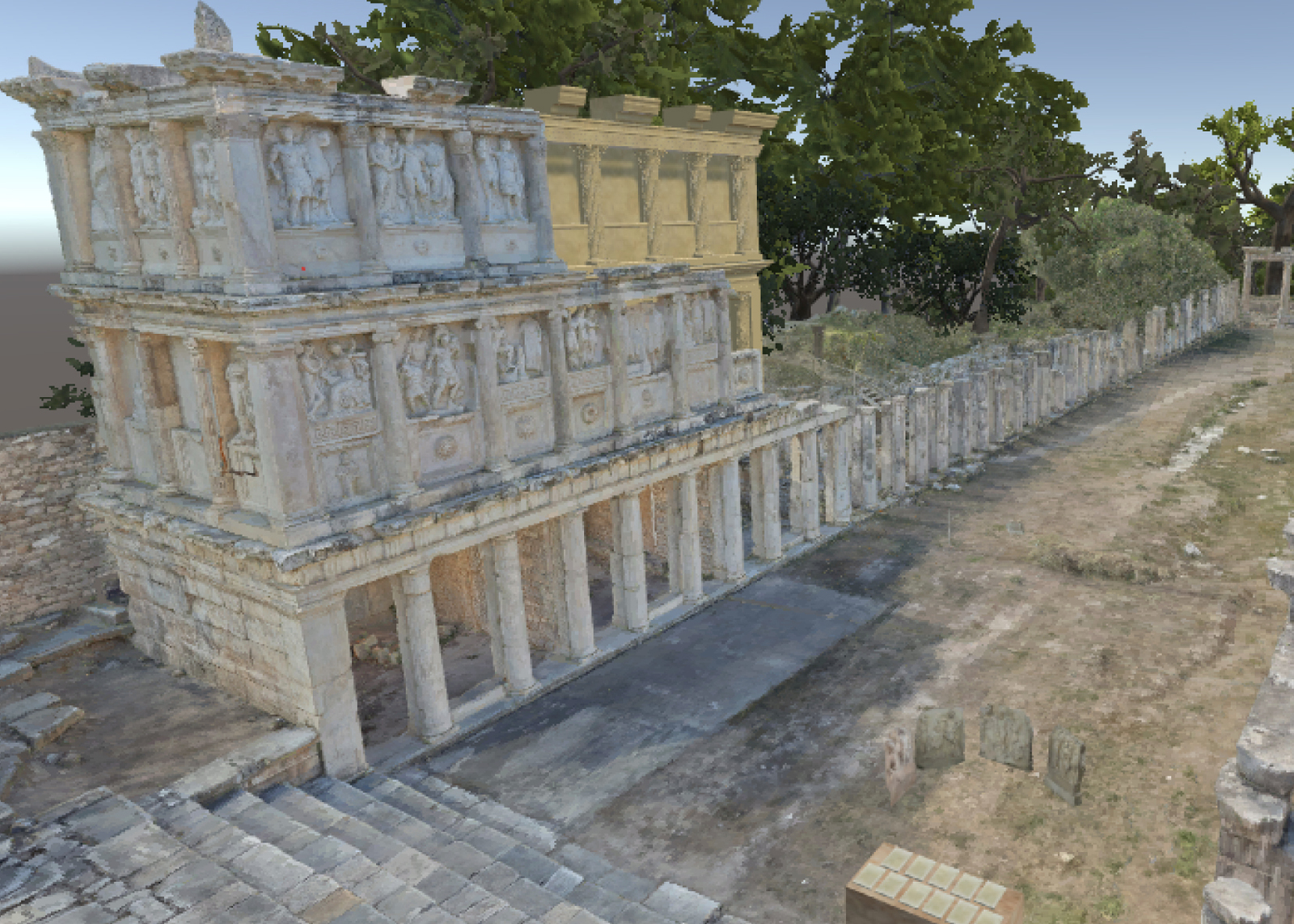 Aphrodisias is one of the most impressive and well-preserved ancient cities of Anatolia which has a history dating back to the late Neolithic age and is located in the Geyre village of the province of Aydın in modern Turkey. Aphrodisias, which took its present name from Aphrodite, the goddess of love and beauty in the 2nd century BC, was included in the Unesco World Heritage List in 2017. Sebasteion is one of the most important buildings of Aphrodisias, dating back to the Roman empire's most magnificent era. It is well known for its architecture and reliefs. Some of the reliefs are still on the building while some of them are being exhibited in the Aphrodisias museum. Reliefs of Sebasteion is a VR experience that you can see Sebasteion closely and learn more about its mythological reliefs by playing a short puzzle game. We welcome you to experience this VR game and have a close look at one of the most interesting cultural heritages of Roman Empire in Anatolia