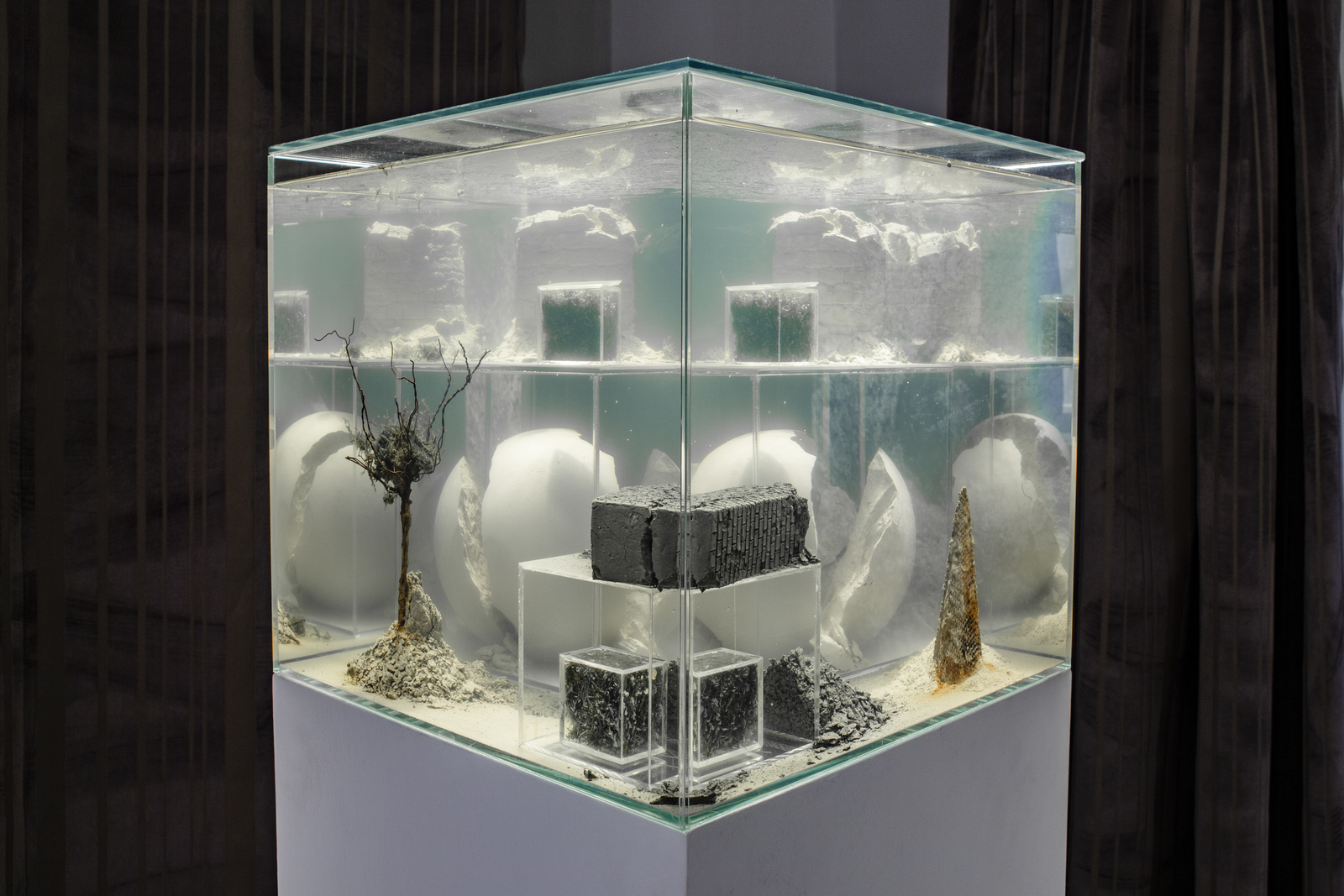 It has been a long time since the possibility of human beings’ being in a physical harmony with nature or being one with it have ceased to be skills that can be regained during the average life time we spend on earth. Our connection to institutions, modern structures, collections of objects that we do not actually need, the need to own and be belong to a place, and predetermined life processes, are vicious circles that most people find themselves in, without questioning... Being this much lost in the order they have built themselves, humans expect the same from nature and build their relationship with it on controlling and using it for their own benefit. Human beings are in a state of panic about their future, due to the damage they brought to nature, especially recently, but still without asking why the earth, the water and the air that has been enough for us until now, is not enough any more, regardless of nature, without being inspired by it, respecting it, they only try to extend the life of the resources they have now, to have enough share for their constantly increasing population, by imposing their own methods. Starting from this point, "Cube Planets" are the visualization of the need and feeling of physically letting yourself go in the nature of your environment and moving with it without hesitation, being one with it. In each of the glass units, which has been created as groundless and timeless planets, the deformation or changing processes of the forms that have been built from different clay types and have not been fired and petrified, or the cut views from nature, until they fully disintegrate themselves in the characteristics of the environment in which they are located, are observed. Thus, rather than creating ultimate and permanent objects with the material and a definitive and single discourse; one-off processes and experiences that cannot be undone, are created, which make it possible to observe the elements of nature such as disintegration, decay, change, transformation, simultaneously through the process of the material, by going deep into the nature of the material. Each new process and the cut views that have been borrowed from nature and included in the process are like life-times that no one knows who will witness what moment of them, no one can witness every single moment, but can witness a random moment; processes that have certain beginnings but unpredictable ends, and proceed by establishing relationships with different people in each phase. In fact, when a mechanism created by human hand is started and left to live on its own, when the desire and purpose of controlling is put aside, and when there is trust in the results of processes that are different each time, there starts a silent destruction. This destruction turns into a building process through change, a life that gets freer and heels itself when let alone. At the end of the lifetime of each process, the material used is collected to be reshaped in the studio for a new process, instead of being a part of our crowded collections or being put on a shelf; and although the forms change, the same material, the same content is always there from the first process.

Cube Planets: 4th Process show the disintegration and deformation process of a composition created using forms inspired by the ancient cities or the cities we currently live in, built by using clay, metal, earth, water and moss in three glass cubes. In this version, the three 40x40x40 glass cubes will stand side by side on 135cm high pedestals. In one of them, a process related to water, in the other, the process of a composition consisting of forms made of clay and still wet, getting dry fast on soil, thus cracking and falling apart as a result of the soil’s rapid absorption of water, and in the latter, a more organic process will take place, where there is more space for air, with moss and its own habitat. These three ephemeral sculptures will be created to represent “Water, Earth and Air” under the title of Cube Planets: 4th Process.

Esin Aykanat Avcı was born in 1986, in Ankara. She graduated from Hacettepe University, Department of American Culture and Literature in 2009. After her graduation, she had the opportunity to work in a ceramic studio in a three-month volunteer work camp she attended in France. Her interest in fine arts has established her longstanding attachment to clay, during this quarter. Following her return to Turkey, she was accepted to the Graduate Program of Hacettepe University Faculty of Fine Arts, Department of Ceramics in 2010. She completed her thesis research with an Erasmus Scholarship at UWIC Cardiff School of Art and Design, Wales and graduated in 2013. In 2014, she started Hacettepe University Department of Ceramics Art Proficiency Program. During the 2017-2018 Academic Year, receiving the Fulbright Visiting Student Researcher Scholarship, she conducted her dissertation research in Newark, Delaware, USA under the supervision of sculptor, Assoc. Prof. David Meyer. Esin Aykanat Avcı, who opened her first solo exhibition in Siyah Beyaz Gallery in Ankara, in 2019, continues to participate in national and international exhibitions with her works produced in the fields of installation, sculpture, video, land art and bio-art and her works are included in national art collections. She is currently working on the final stage of her Ph.D. dissertation at Hacettepe University and keeps producing her personal art works at her studio provided within the scope of the Artist Residence Program in Cer Modern, Ankara.