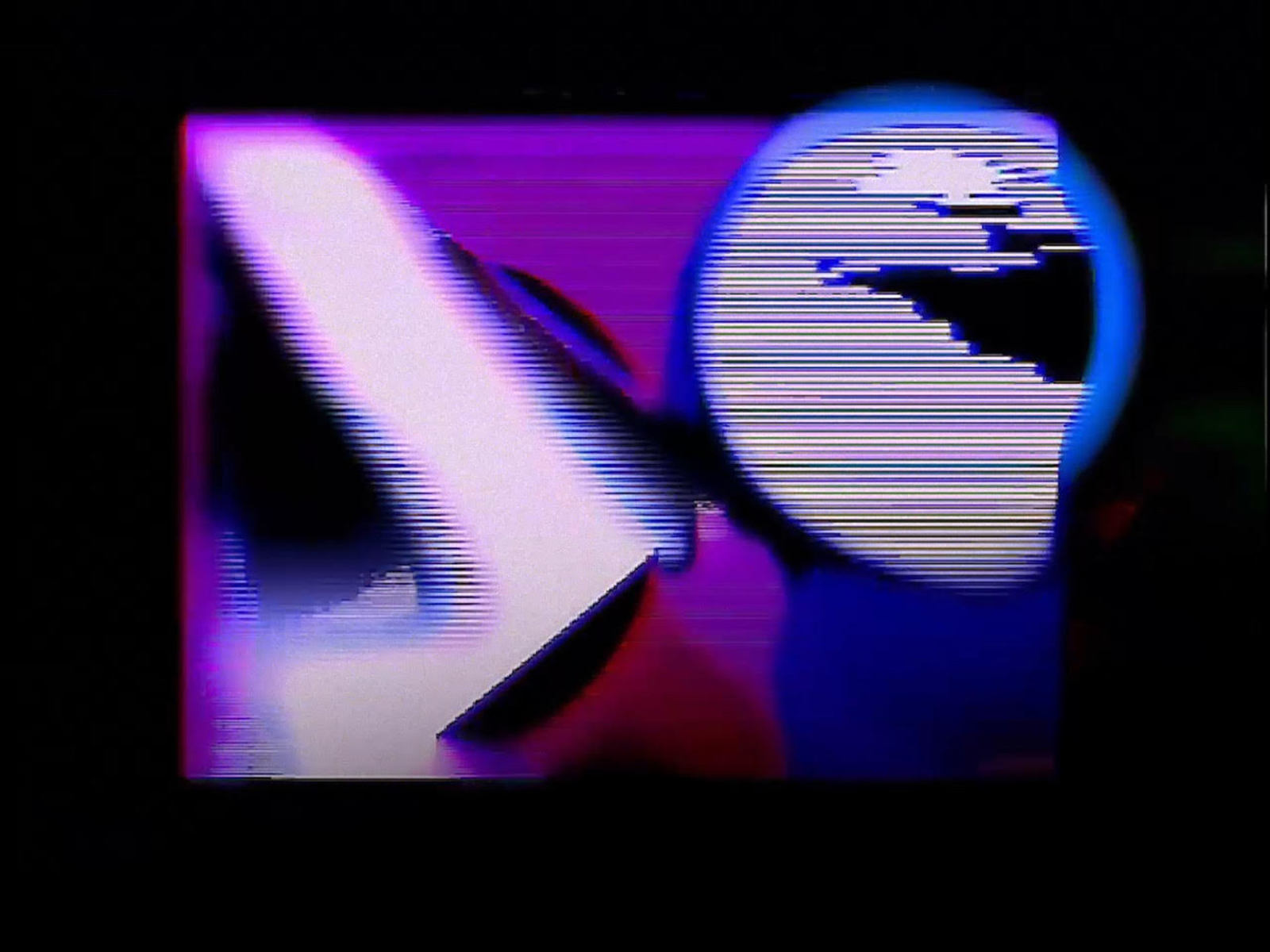 Tabula Ansata is a multi-channel video and sound piece created by Gilbert Sinnott with Helin Ulas. A centrally positioned video work expands and interconnects to bordering walls through interconnected feeds of analogue video feedback and synthesis. Enveloping the viewer toward a hypnotic and alien-like presence, the 5.1 soundtrack is comprised of improvised synthesizer music and radiophonic sound, mapped to the spatial movement of the triptych.


Who are Helin Ulaş and Gilbert Sinnot?

Having concentrated her research on the spatial applications of Machine Learning, Helin takes light as medium to create generative and interactive immersive experiences. Working with softwares such as Touch Designer, VVVV and Max/Msp, she focuses on the use of randomness and manipulation of data through visual means. Her work has been exhibited through various festivals including: Ars Electronica(2018), TOA(2018), Wisp Lab(2019). She currently works with Waltz Binaire on topics of AI and artistic research.

Gilbert Sinnott is a video artist and designer working at intersections of analogue and digital technology, live performance, and radiophonic sound. Born in Bristol (UK) , he received a BSc in Design from Brunel University in 2010 and directed dance music videos for Venetian Snares, RP Boo and Boxcutter. He developed the interactive film London Recruits: The Secret War Against Apartheid for the Victoria & Albertmuseum in 2014 and projected installations for Banksy Walled-Off. Since a move to Berlin in 2017, he has exhibited site- specific works at Lunchmeat Festival Prague, for Berlin-Detroit : One Circle at HAU theatre, and immersive stage projections for REPLICA Institute, with whom he has also created tools for theatre research and embodied cognition. Under the audio-visual moniker Autr he performs regularly with modified and self-built tools, combining arcane and contemporary technologies to conjure abstract and otherworldly forms, through techniques of synaesthetic improvisation and experimentation. A member of Lacuna Lab in Berlin, he has held talks and workshops on video feedback aesthetics (Cosmic Ghosts), The Digital Afterlife and organises community meet-up Video Circuits Berlin.