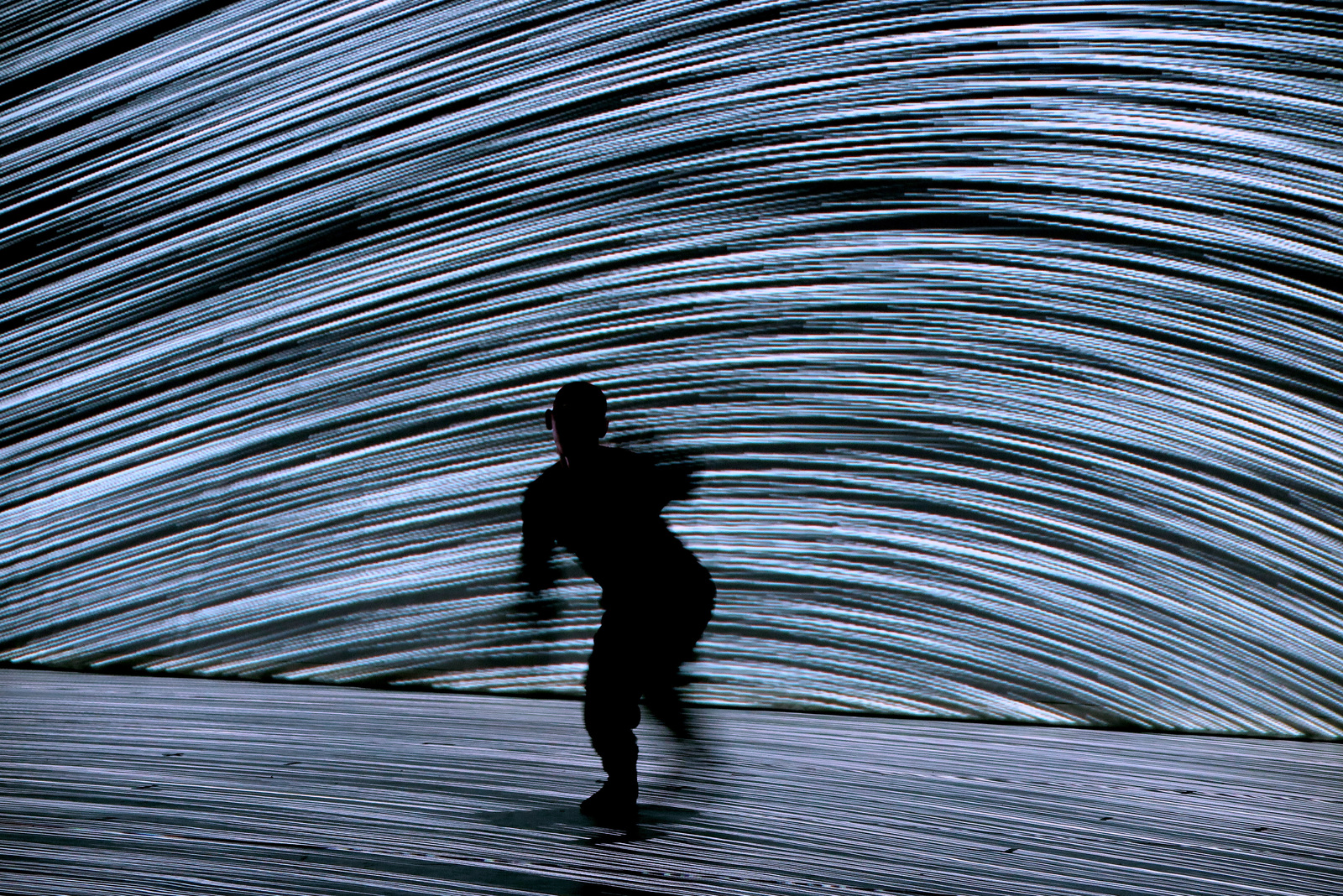 A horizontal line projected on the screen tremors. Suddenly, for instance, the line drastically multiplies as if to discharge its immanent energy. Similarly, when Umeda on stage trembles, covert energy withheld in his body is transmitted from the pelvis to the spine, to the arms, and lastly to the digital screen situated at the rear, in which the energy is visualized by curved lines reminiscent of a solar corona. When waterfalls and rivers are seen from afar, they seem to maintain static forms; yet, when one zooms into the same objects at a microscopic level, it is noticeable that they consist of ceaseless motions such as swells, waves, vortex, and crosscurrents. Based on this creative concept, in Intensional Particle, Umeda reinterprets the particles in space as not static molecules but rather as 'active particles (or, mass points)'; and, visualizes, in space, the 'intensional force' that particles conceal.

On stage, the corporeal, the photic and the sonar forces converge in exponential speed, and, at one point, it reaches the critical point of energy. Yet, the extremity is not sustained for long as it once again reverts back to a temporal equanimity by going through phase transitions. The transient shapes of digital particles which conjure images of dissolution of solids, sublimation of liquids, and algorithms of heat transference, synchronizes and synthesizes with Umeda's movements – yielding an entire universe that dances like a living organism.

The audience will be experiencing a digital reality saturated with 'unstable stability': the raging streamlines vanish after a minute, and the luminous waterfall vaporizes after a second. Therefore, despite the existence of an explosive canvas soaked with digital curvatures right before our eyes, it simultaneously gives us a fragile impression. When an evanescent expression per se of the body is embedded within the architecture of lights, which moves incessantly to maintain split-second stability, sooner or later, the audience realizes that everything on stage will vanish in the next moment. As if to embody the ephemeral aesthetics underpinning the piece, here, on stage, the invisible forces come to the fore and the visual universe sink out of sight. Yet, the residue of heat still simmering after the experience of information overload will linger long in the audiences' bodies. 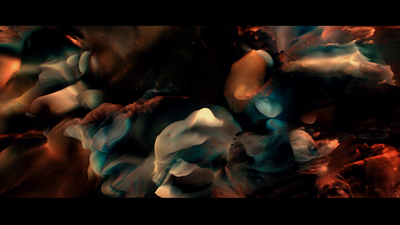