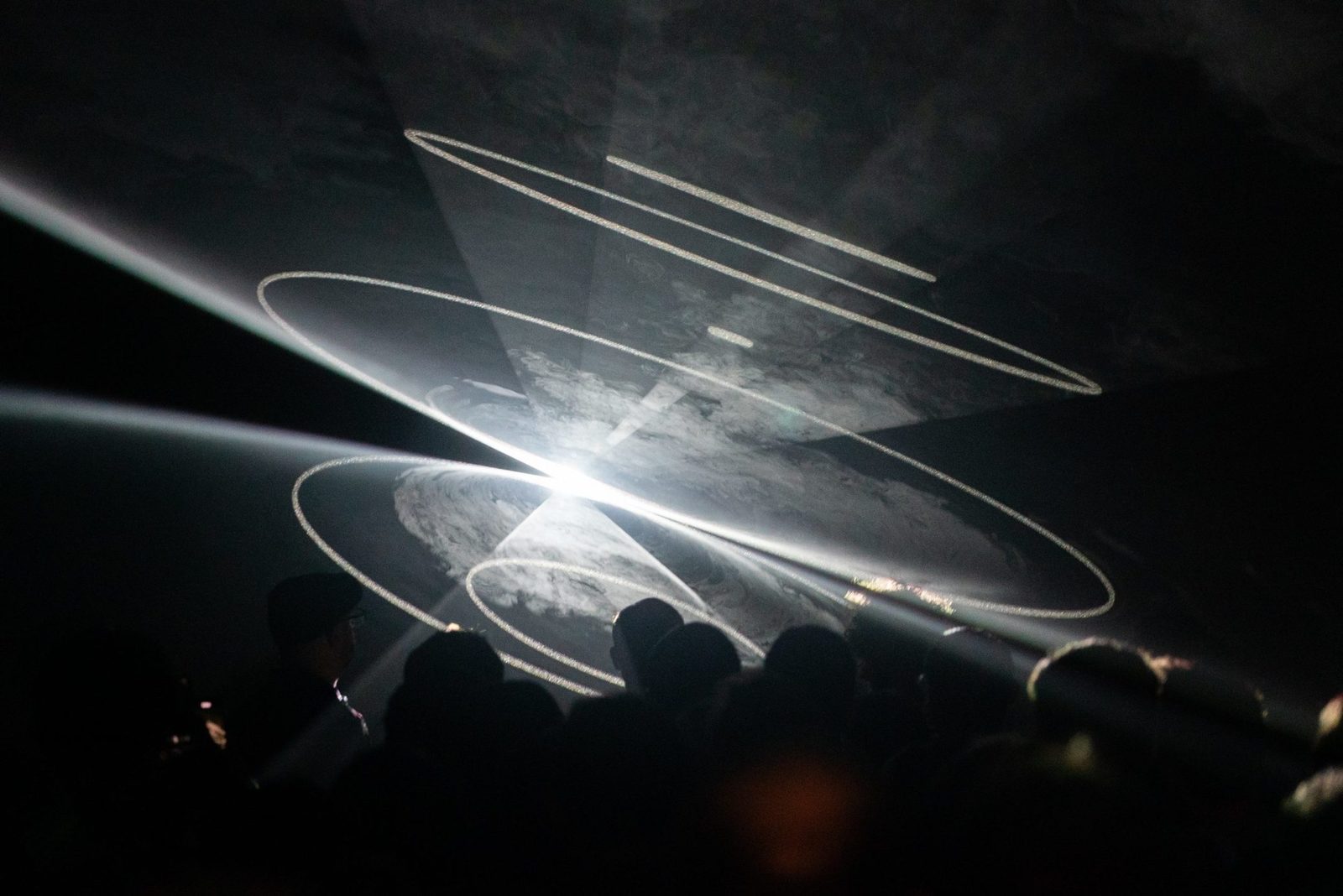 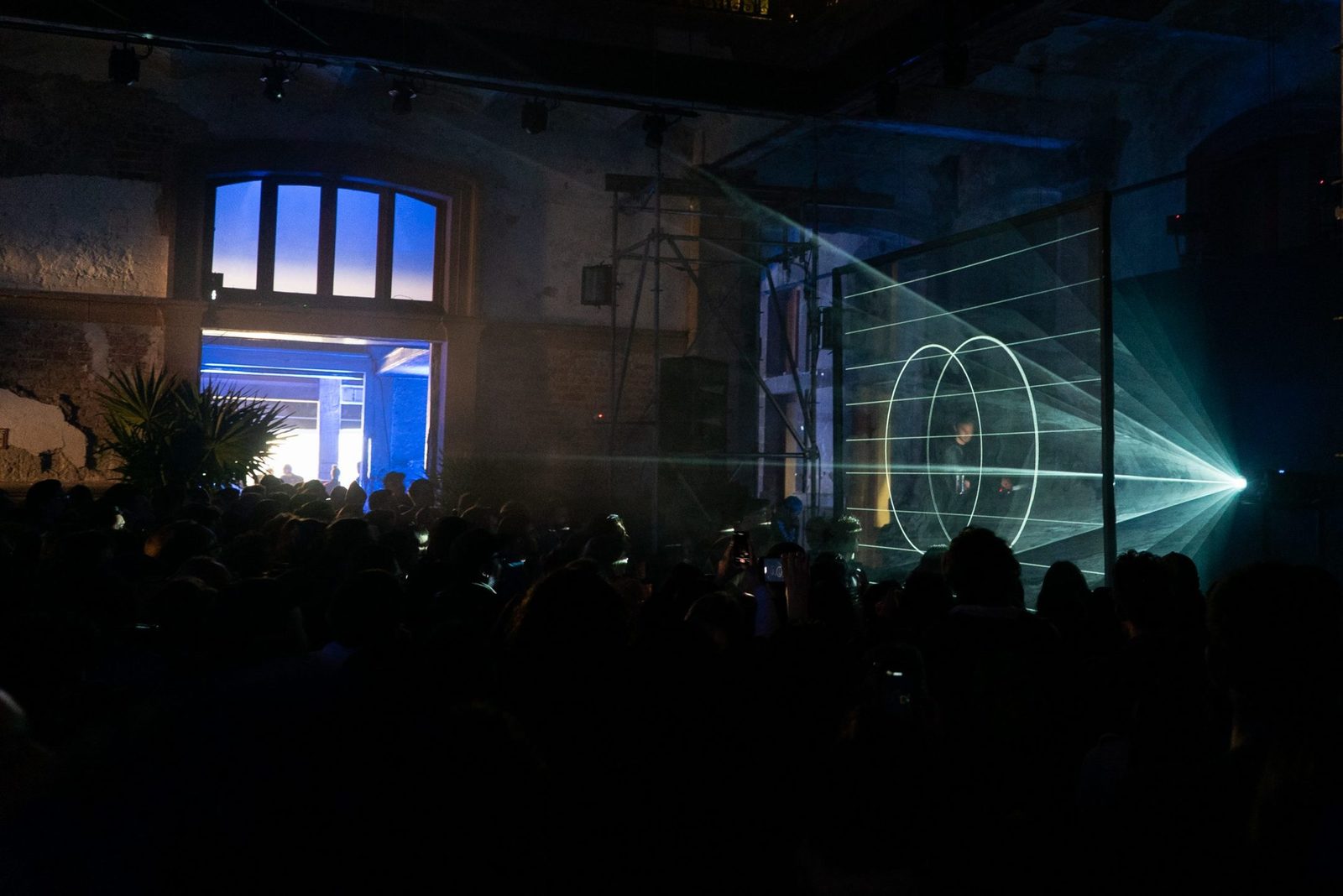 Membrane is a digital artwork that merges audio-visual performance with installation art.

Three-dimensional, volumetric creations hover between the performers, caught in a haze of rising smoke and data-reactive lighting. A three meter transparent screen captures the shadows of these holograms, connecting audiences to virtual entities realized in physical space.

A short-throw projector is placed behind the screen. As light is projected onto the screen, it passes through the vapor produced by smoke machines. Three-dimensional images appear in the vapor (a method known as “volumetric projection”). The work explores a space between perception and illusion using psychovisual and psychoacoustic effects.

The projections mimics the texture of the transparent screen: the ‘membrane’. The screen appears to twist and vibrate in unison with the sound. Low-frequency sine tones create synchronicity between the physical bodies of the audience, the movement of the projections, and the frequency of the tone. This idea is inspired by ‘biosynchronicity’, where biological systems fall into rhythm with one another.

In Membrane, audio-visual composition is made from generative systems. The sound affects the visuals while simultaneously the visuals manipulate the sound. The performance becomes unified, rather than being two separated mediums. Glitched-out rhythms and deep sonic vibrations are generated from the same data as the fabric-like imagery.

Membrane is an “algorithmic performance for transparent materials”. The work represents an alternative form of projection art, an exploration of tangible digitalism.