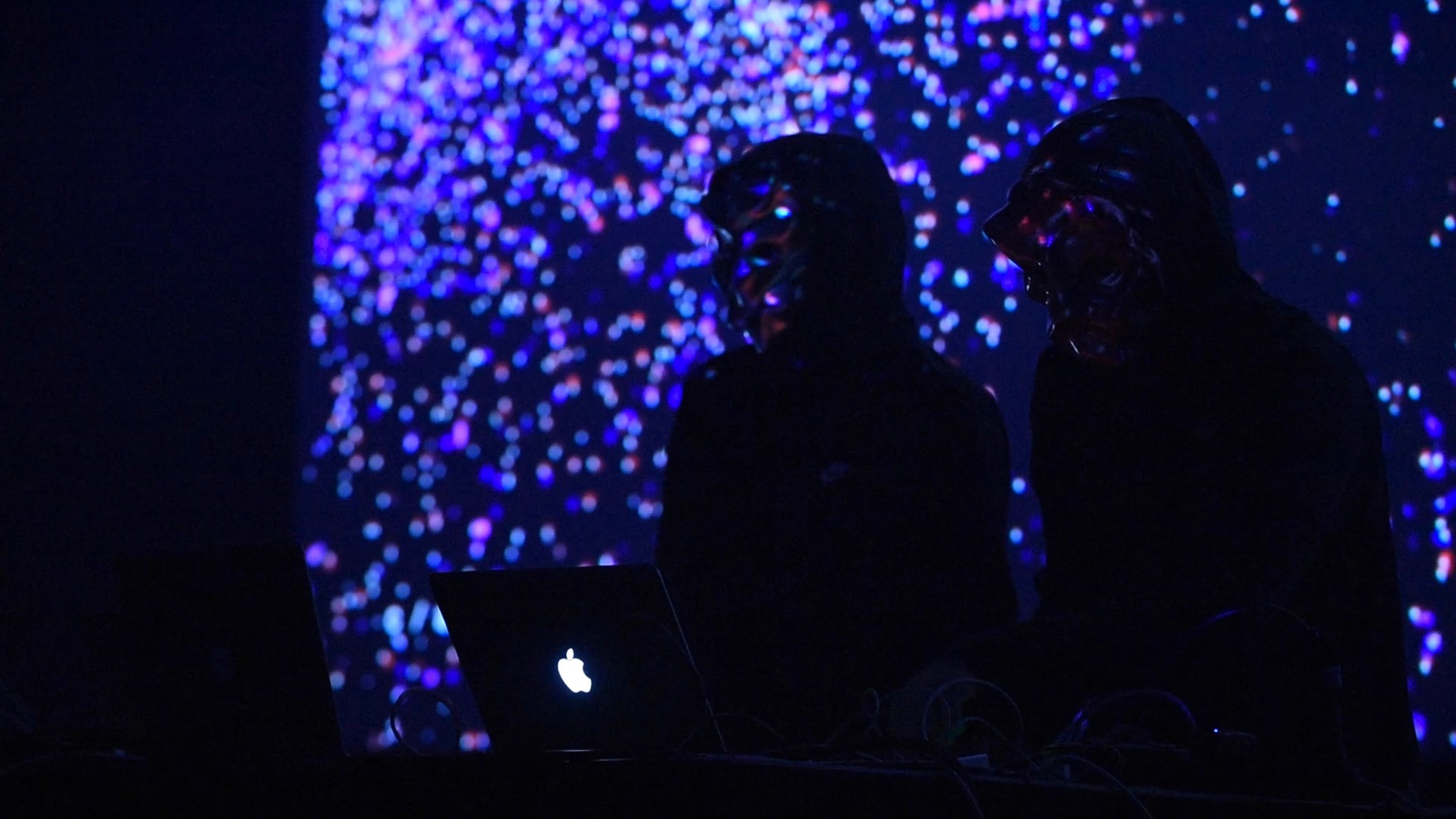 c l a i r e is a reconstruction of realiti by the artist duo c / a. Using deep learning and artificial intelligence technologies, the work is a machine and human collaboration where output of the machine, -which usually are solely a set of numbers or abstract images of learned features-, are curated by c / a into a coherent narrative with certain stylized layers such as heavily slowed down footage.

It mainly is created using GANs [generative adversarial network]. GANs are a class of artificial intelligence algorithms used in unsupervised machine learning, implemented by a system of two neural networks contesting with each other in a zero-sum game framework.

During the creation of the work; frames from realiti , a single/music video by Grimes, were fed into the neural network to create new and abstract frames. Most of the visuals derive from post-processing and stylization of these outputs and the process itself poetically put.

Also, snippets of audio obtained by chopping various tracks were first turned to spectrograms [spectrogram is a visual representation of the spectrum of frequencies of sound or other signal as they vary with time] to train a GAN to generate new artificial spectrogram images.

After generating these images from the model, these images would then be used to re-synthesis audio samples. A vast majority of samples and sounds used during the making of c l a i r e are generated using this method.

c / a  [pronounced cslasha] is an anonymous post-genre artist duo.  Experiments with artificial intelligence, audio, visuals and mixed reality. pioneering magical digitalism, various surgical procedures and sentiments. Their first project HYPER_HOLOGRAM was premiered at Sonar Istanbul in April, 2018. under its many hidden layers, the work studies machine learning in a wide array of creative domain paying homage to names such as Aphex Twin and Rachmaninoff while contextually explores post-human sentiments with generative visual counterpart.