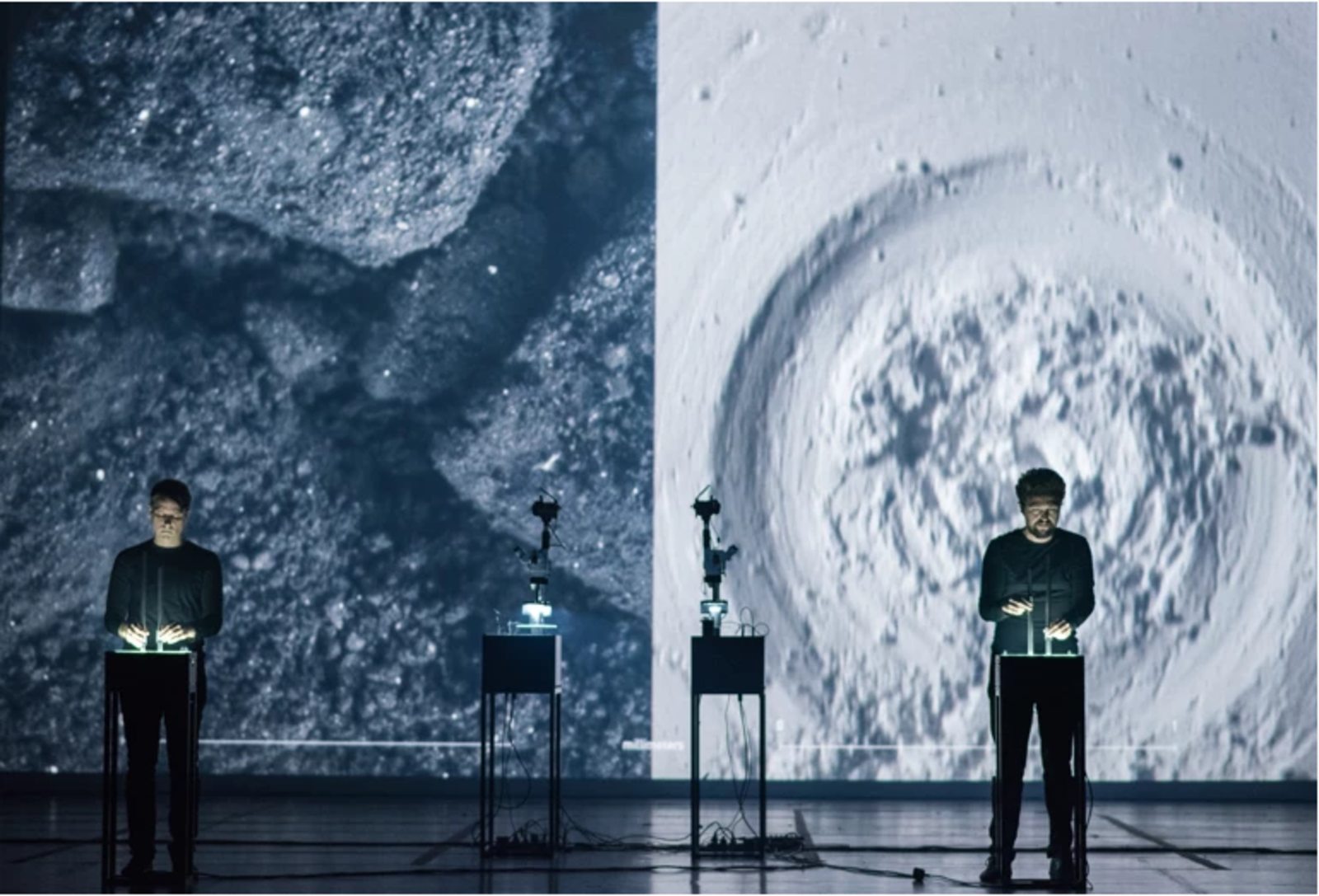 ASHES is a visual and sound performance originating from the first collaboration between Montreal artist Martin Messier and French artist YRO (Élie Blanchard).

﻿There is a catalytic event at the origin of the project. The beginning of 2017, while the two artists begin their research, a significant incident occurs: the start of a fire in the studio’s storing space destroys the materials that were supposed to constitute the base of the project. Facing this situation, the artists are presented with an intuition: put the residues of the fire at the heart of their creation. That is how the idea for ASHES emerged – as a Phoenix-like artwork that is born again from its ashes -, materializing in exploration around the notions of waste, of disappearance and of disintegration. By questioning the relations between the material and the immaterial, the incarnate and the sublimate, the destruction and the reconstruction, ASHES transforms a daily circumstance in a complex field of reflection.

The artwork works with the help of a video projection dispositive. Two microscopes and photo/video cameras are used to project, live on two screens, the different matters deposited on a luminous table, which operates horizontal moves on three axes: X, Y, and Z. The burnt matters are therefore manipulated and transported according to very slow and precise movements, with the help of a motorized system conceptualized especially for this project.

The performing artists manipulate the matter without touching it, with impulsion of vibrations and movements. A physical performance where everything is interconnected, ASHES plays on the relation between the infinitely small of the residual matters and their subjugation to the human gesture. The projected images express the permanent dialogue of the performers and their interventions on the matter. Their movements on the scene bring them to cross path and interact from one microscope to another, therefore creating a meticulous choreography, almost clinical. Simultaneously, the « soundly matters » are also liberated by gestures and movements from the performers, resonating with the visual contents.

ASHES reminds us that the world’s matter, perceived on a microscopic level, is never anything other than a universe emerging, a remnant of itself.