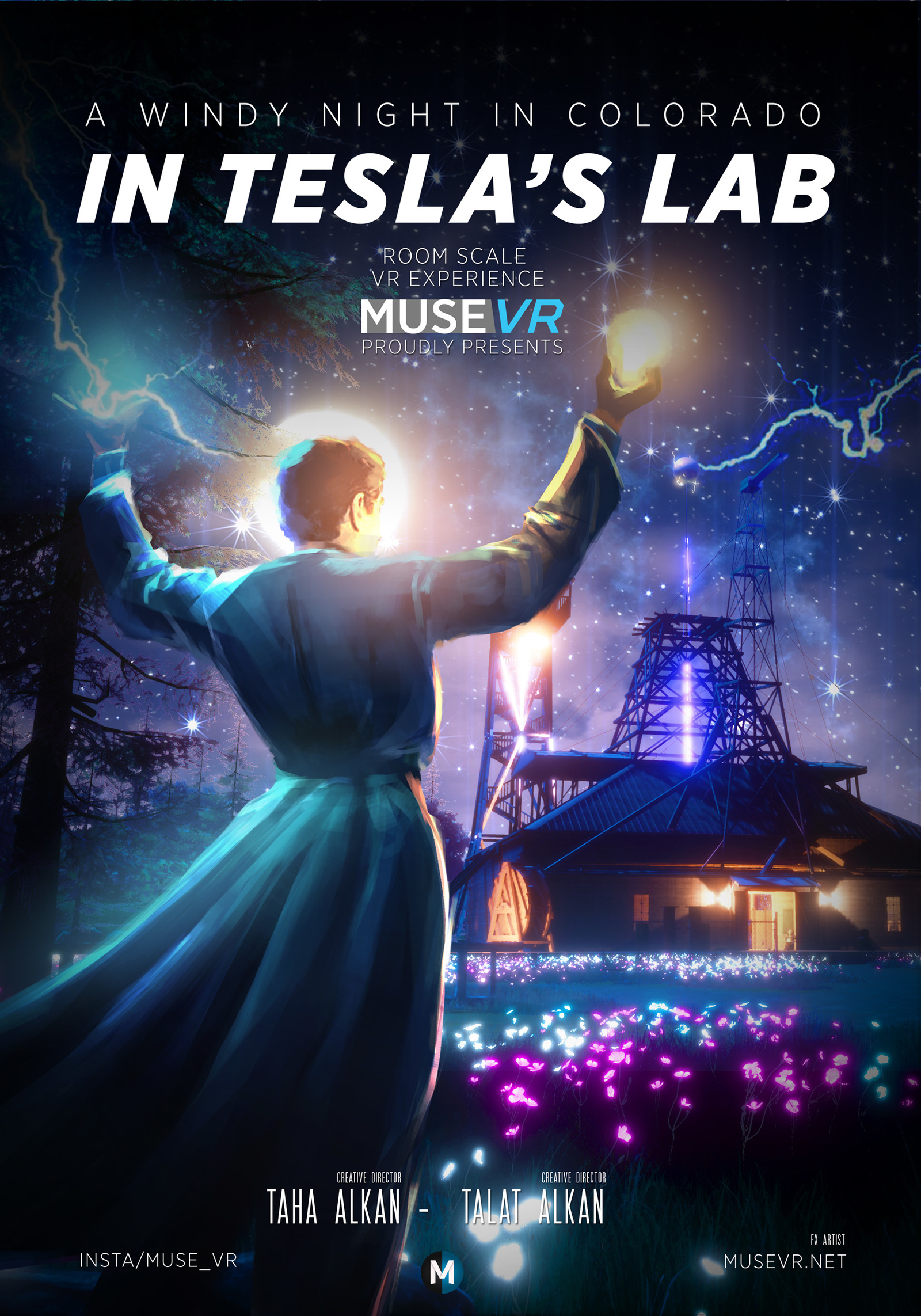 Creative directors Taha and Talat Alkan's second work, A Windy Night in Colorado, is about an electrical experiment in 1899 that marked the history of science. Nikola Tesla's experienced lab worker in the wood lab tries to get electricity from his Tesla Bobini and then light the bulb in his hand by wireless electricity. Attendees will see in the final whether Tesla managed to transmit power to the city.

New York based award winning digital-concept artist, sculptor and architect. Has been working for post-production houses, creative agencies and magazines as art and creative Director. Has been collaborated with many world wide artists and companies in different projects. His work ‘Never Written Story’ has been selected as a permanent piece in Saatchi Art Gallery. Founder and creative director of Muse VR.

After B.A. in Philosophy, studied M.A. in Graphics and PhD. in Music. Worked as a designer, photographer, writer and designer for different companies, publications and brands in New York and İstanbul. Founder and creative director of Muse VR.