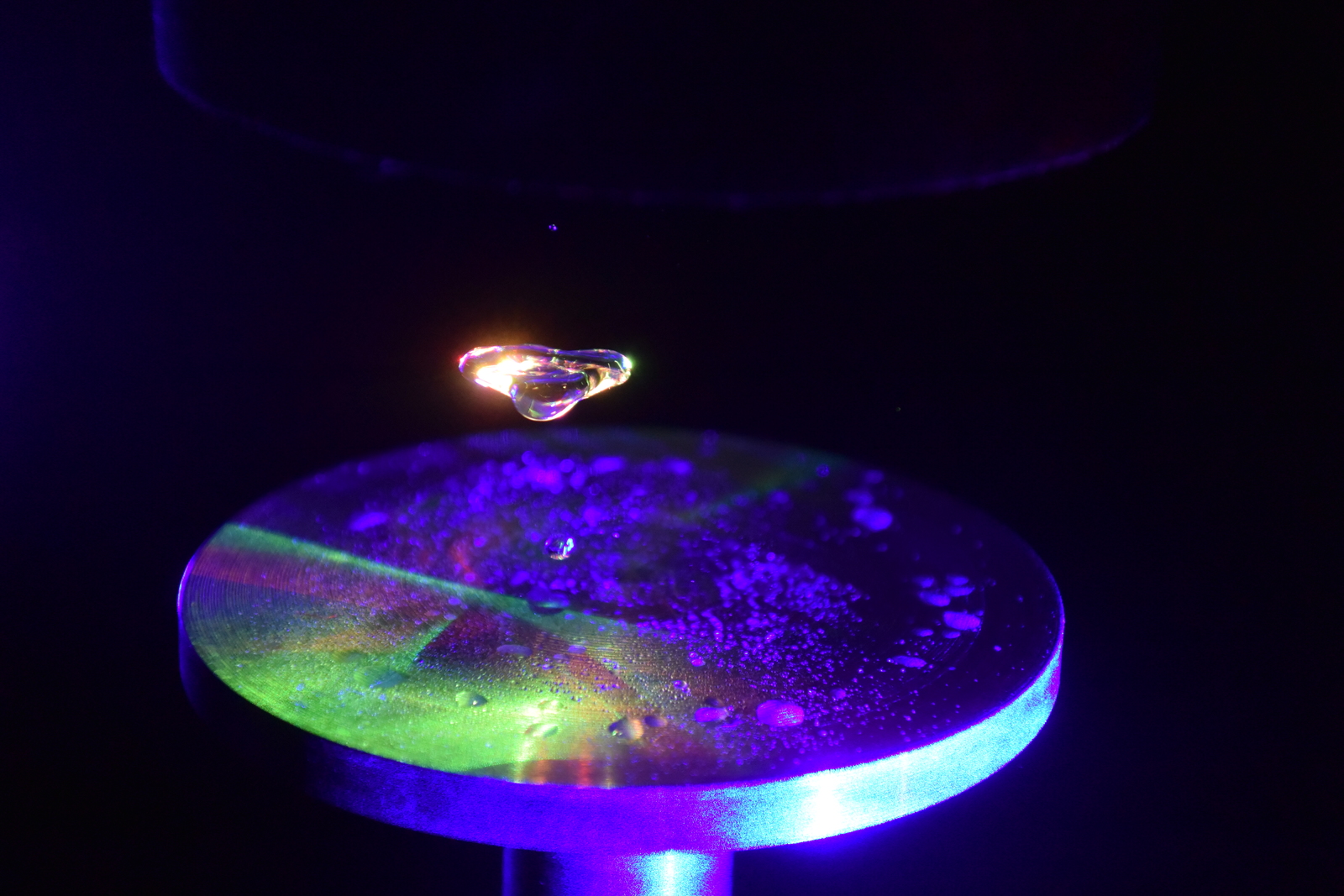 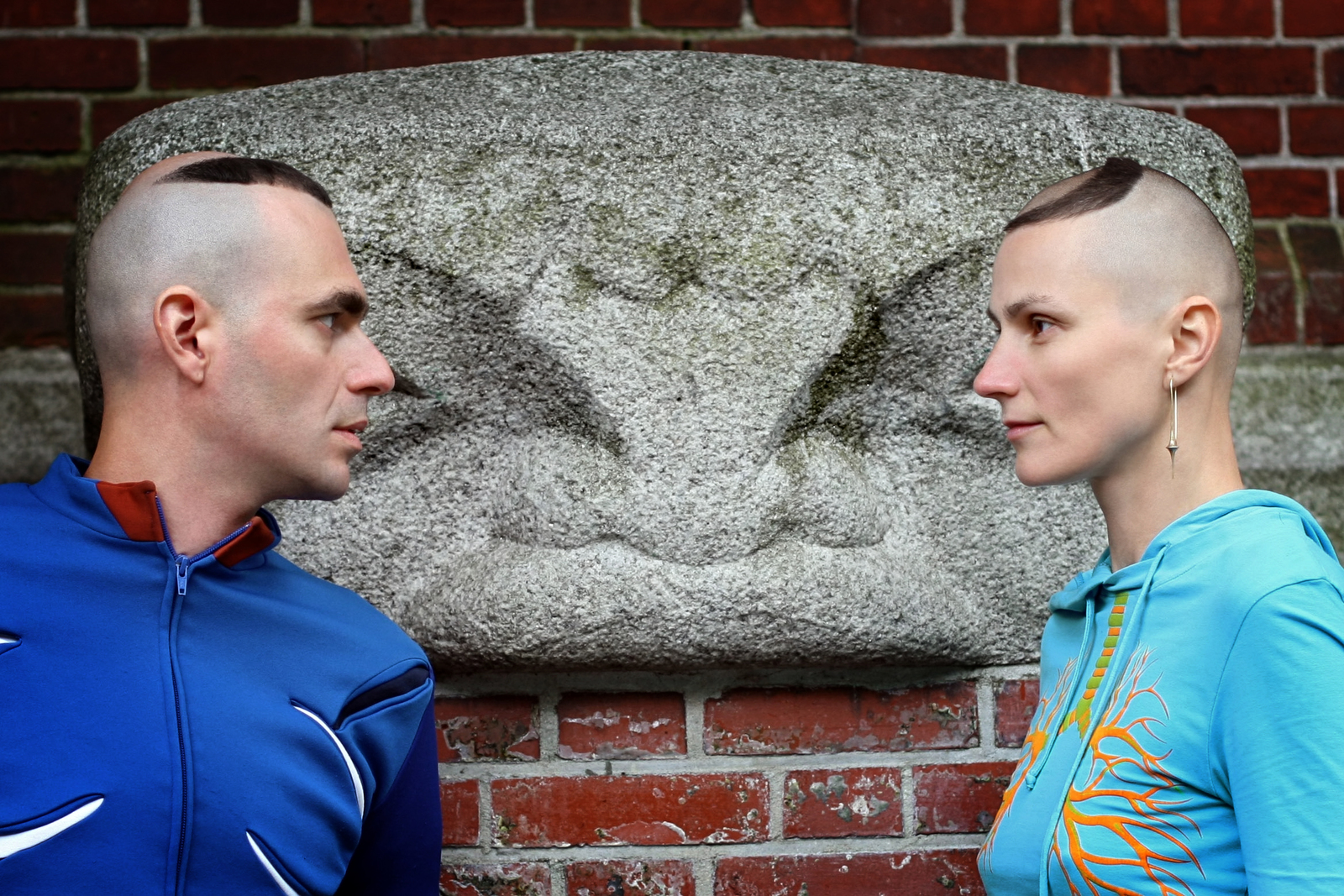 Since the 1970s and 80s acoustic levitation techniques have primarily been applied by NASA and ESA to trap and navigate otherwise uncontrollable samples in microgravity. However, in the last two decades the same methods have also been used as a powerful means of containerless manipulation on Earth. Experiments have been performed in a vast spectrum of research areas, including fluid dynamics, analytical chemistry, atmospheric physics, molecular biology, and most recently tabletop astrophysics.

In Force Field, acoustically levitated water droplets resonate, vaporise and reassemble into spheroids, toroids and oscillating polygons while spinning nearly devoid of shear. The performance simultaneously taps into the 3-dimensionality of sound, the elusive physicality of water, as well as the rotational dynamics of celestial and subatomic bodies.

Dmitry Gelfand (b.1974, St. Petersburg, Russia) and Evelina Domnitch (b. 1972, Minsk, Belarus) create sensory immersion environments that merge physics, chemistry and computer science with uncanny philosophical practices. Current findings, particularly regarding wave phenomena, are employed by the artists to investigate questions of perception and perpetuity. Such investigations are salient because the scientific picture of the world, which serves as the basis for contemporary thought, still cannot encompass the unrecordable workings of consciousness.

Having dismissed the use of recording and fixative media, Domnitch and Gelfand’s installations exist as ever-transforming phenomena offered for observation. Because these rarely seen phenomena take place directly in front of the observer without being intermediated, they often serve to vastly extend one’s sensory threshold. The immediacy of this experience allows the observer to transcend the illusory distinction between scientific discovery and perceptual expansion.

In order to engage such ephemeral processes, the duo has collaborated with numerous scientific research facilities, including the Drittes Physikalisches Institut (Goettingen University, Germany), the Institute of Advanced Sciences and Technologies (Nagoya), Ecole Polytechnique (Paris) and the European Space Agency. They are recipients of the Japan Media Arts Excellence Prize (2007), and five Ars Electronica Honorary Mentions (2007, 2009, 2011,2013, and 2017).