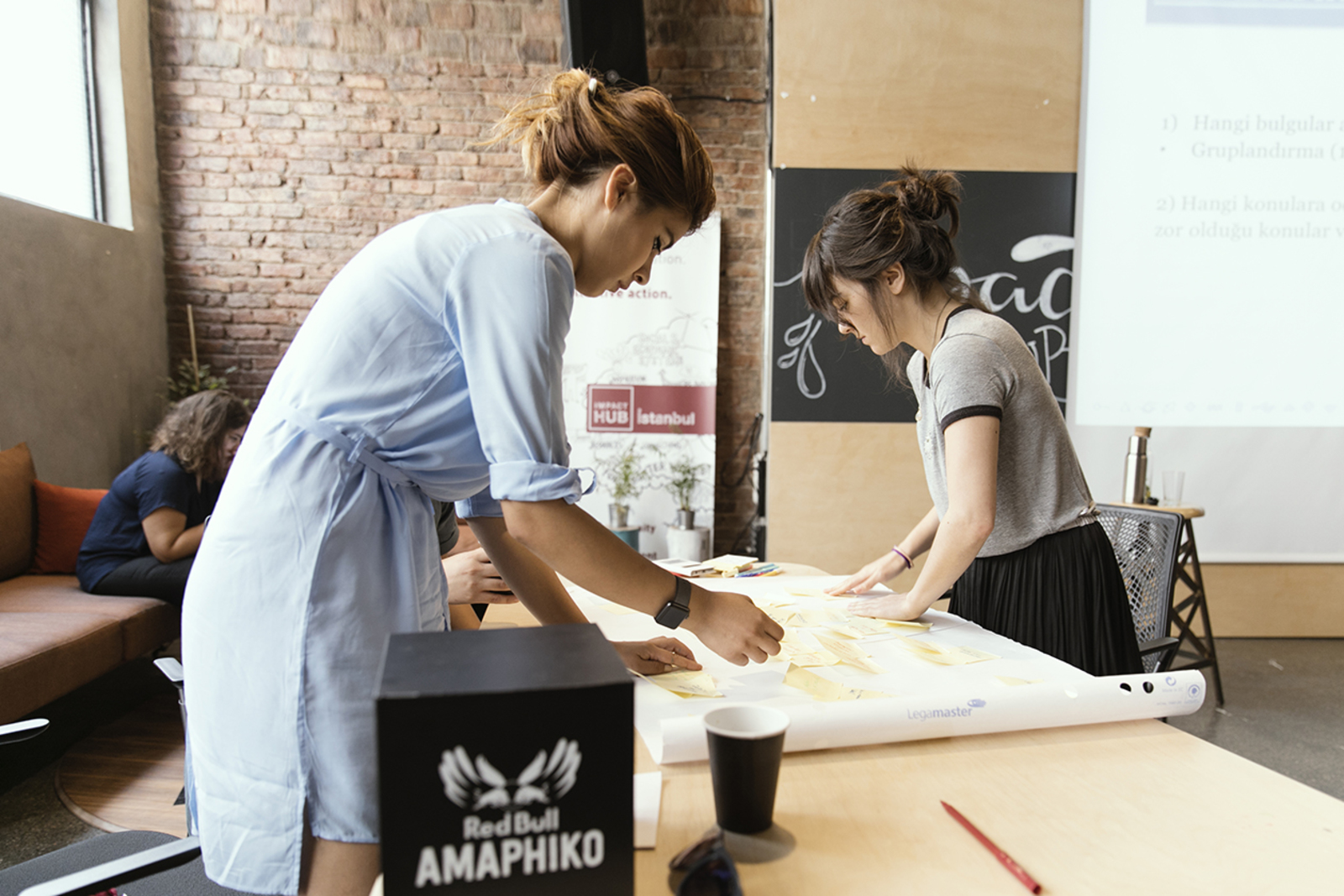 While teyit.org aims at disseminating the habit of critical thinking by allowing people to access accurate information, reflect.ist reflects the stories of disadvantaged people through clothing. This is at this juncture that we integrate those two objectives and it will also be our starting point for discussing the process which starts with participants' interpretation of the news/stories they listen to and their perception of the stories they witness. Thereby, we will show how Sonar Festival's main values -hearing/listening- are used via technology and art in the narration of social impacts, and we will ensure the audience leaves with personal gains (such as critical thinking, accuracy and transfer of information) that they will be able to wield in their everyday life.

Impact Hub's co-founder Semih Boyacı holds a BSc. in Mathematics and Computer and an MBA from the London School of Economics (LSE). After gathering experience at various levels in finances and consultancy in Istanbul and London, he established Impact Hub and is developing projects aiming at the expansion of the social innovation and entrepreneurship ecosystem.

Mehmet Atakan Foça graduated from Ankara University, Faculty of Political Science. He started his journalistic career in 2009 as a reporter for a local paper. After undertaking an internship at BIANET in the summer of 2011, he started working as the editor of Refugee TV, Amnesty International Turkey's news web portal. He carried on with a traineeship at BBC Turkish in the summer of 2013 and got acquainted with mobile journalism, digital media and the future of journalism, making these his vocation. He led the translation into Turkish of the Verification Handbook. He was awarded the Special Incentive Award for Transparency in the Media by Transparency International for his works on verification. He created the verification platform teyit.org in 2016.

After completing her undergraduate studies on Finance at Cass Business School, Ece Altunmaral worked in financial advisory for two years. She is in charge of sales and marketing, finances and communications at reflect.ist.

Edipcan Yıldız completed his secondary education at Robert College Istanbul and went on to study International Trade at Boğaziçi University. Due to his family's activity in the textile industry, he gathered some experience in the sector and is now in charge of production and design processes at reflect.ist.

Embarking upon its adventure in 2014 in South Africa, Red Bull Amaphiko is named after the word "wing" in the Zulu language. It is a platform aiming at gathering entrepreneurs wishing to create solutions to communal and social problems, and at eventually supporting their projects by contributing to their development. Here's the best address for detailed information on Red Bull Amaphiko, a platform where social endeavours meet in order to positively change the lives of thousands of people.