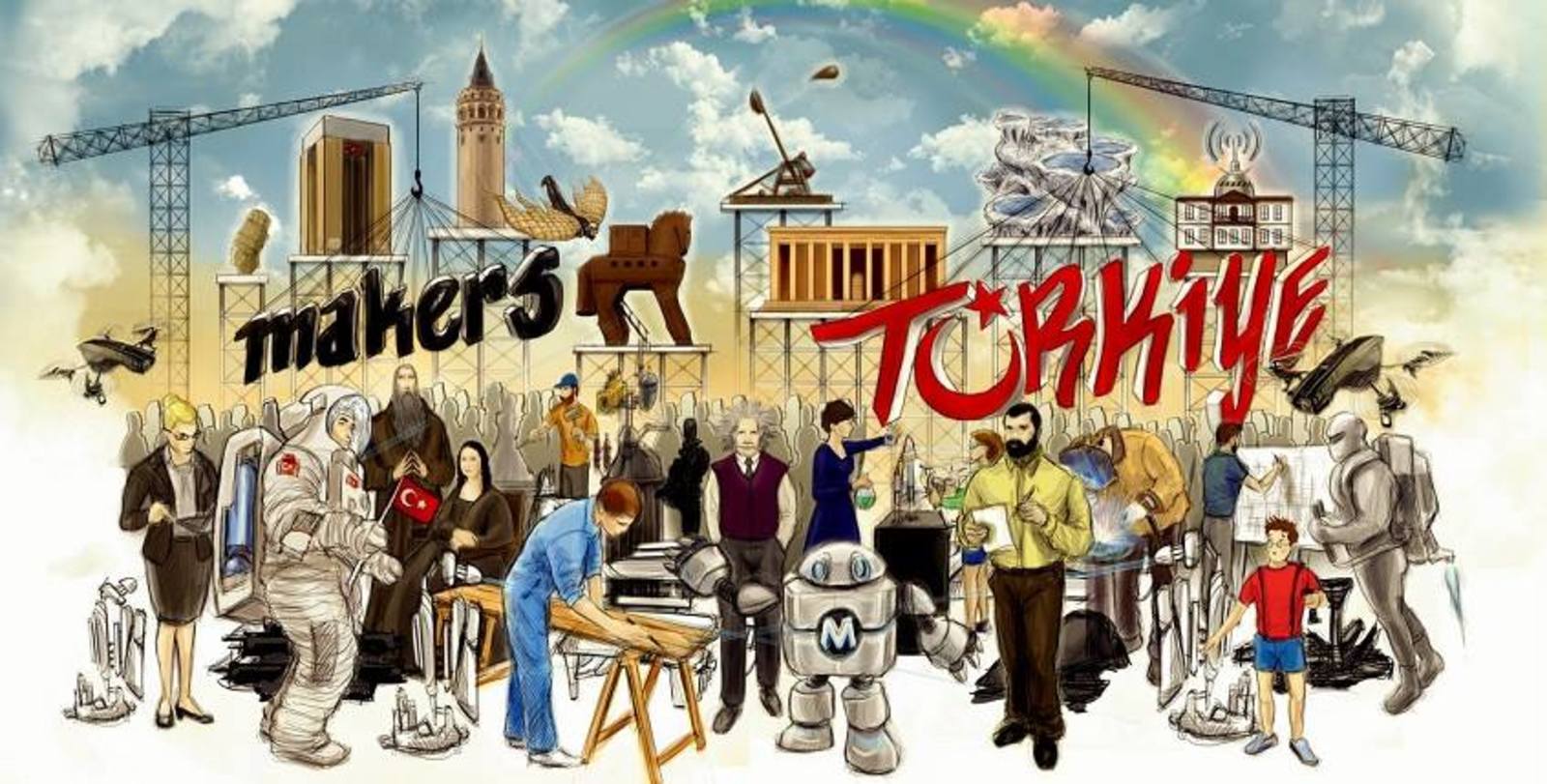 This drone is produced by using 3D printing technologies and basic maker cards in an amateur manner.

Produced by using 3D printers and electronic maker cards, this robot arm can imitate whatever the other hand does. Therefore, a disabled person with a crippled arm can hold the glove with one hand and can drink water, ride a bike and play the ball with the other. Dupe industrial versions of this arm costs for thousands of dollars in the market whereas electric robot arm is produced with 500 TL of product cost in 5 days of time.

mBot kits mostly created for kids to learn to code allows you to physically see the codes you write on a robot. These Makers Turkey robots, however, are interested in modern art! The apparatus we coded and furnished with a tampon created by a 3D printer is trying to avoid obstacles with a pen holder. While doing so, the motion draws modern and schematic lines.

Which Food Is More Beneficial?

On this board, the vegetables and fruits that you touch comes to life and speaks a word about itself. In addition to real vegetables that we have placed on this board we also included confectionary goods. When you touch a specific food (for example to scallion itself), the food introduces itself and the benefits of it briefly. Of course, confectionary excluded. In this project, we tried to bring together electronics and healthy by using the slogan “Discover the way to eat healthily!”

The Sound of the Tired Nature

Touch the plants, see what they have to tell you. We have used a highly sensitive electronic and by doing so, the cards turned every object that we see in our daily lives into a touch operating surface. With this cards and Raspberry Pi card, we identified industrial sounds to plants. When you touch with one hand to soil cable and with the other to a flower, you will experience the noise that nature is exposed to.

Rest of a Photograph*

This is a project that you hold an iPad in front of a photograph and see what the rest of the photograph. By using the VR applications, this project is generated to allow you to bring life to a photograph or an object. For example, a sink photograph is on display. When you look at this image with an iPad, you will be able to see water running from the sink on the iPad.