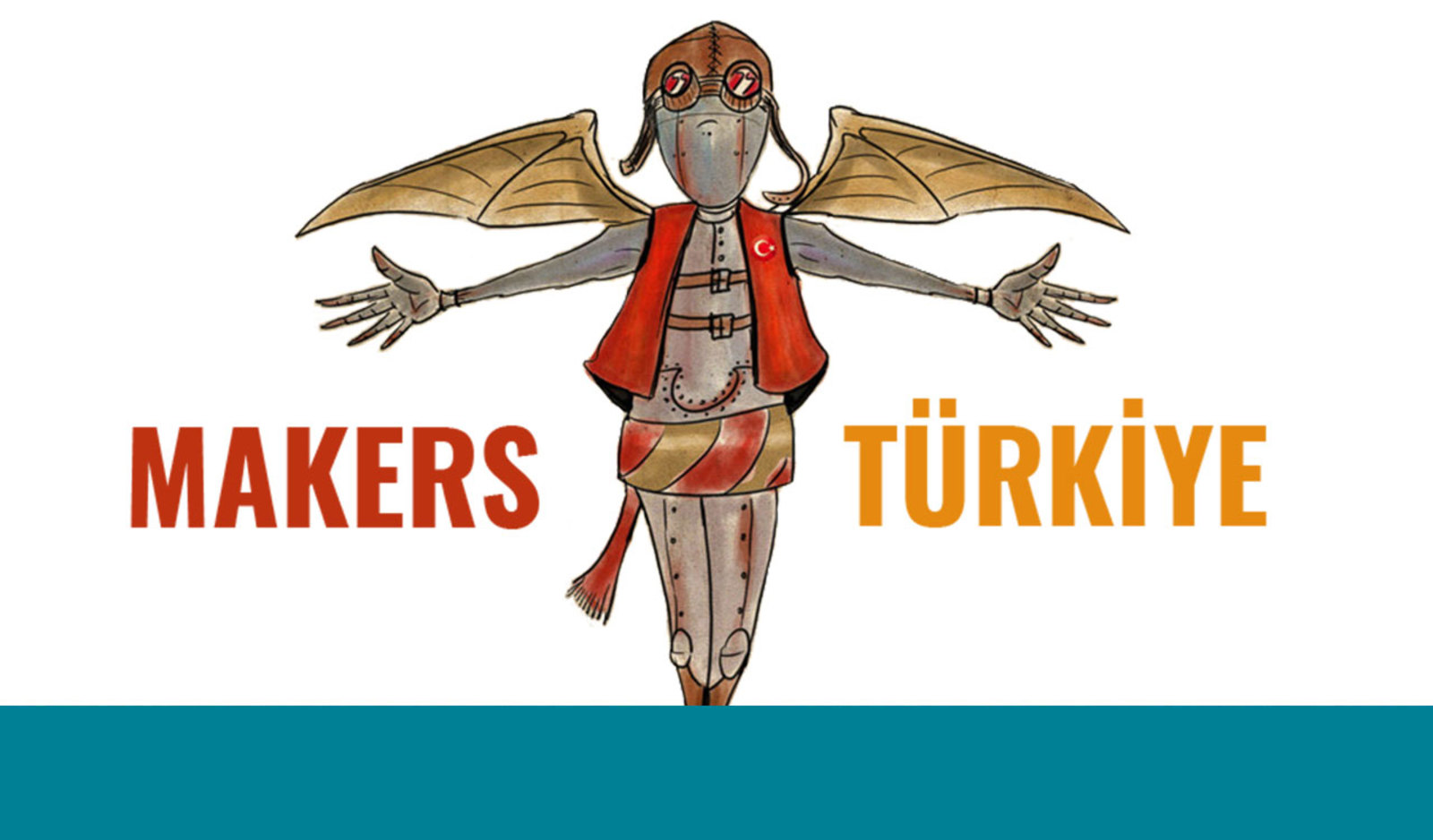 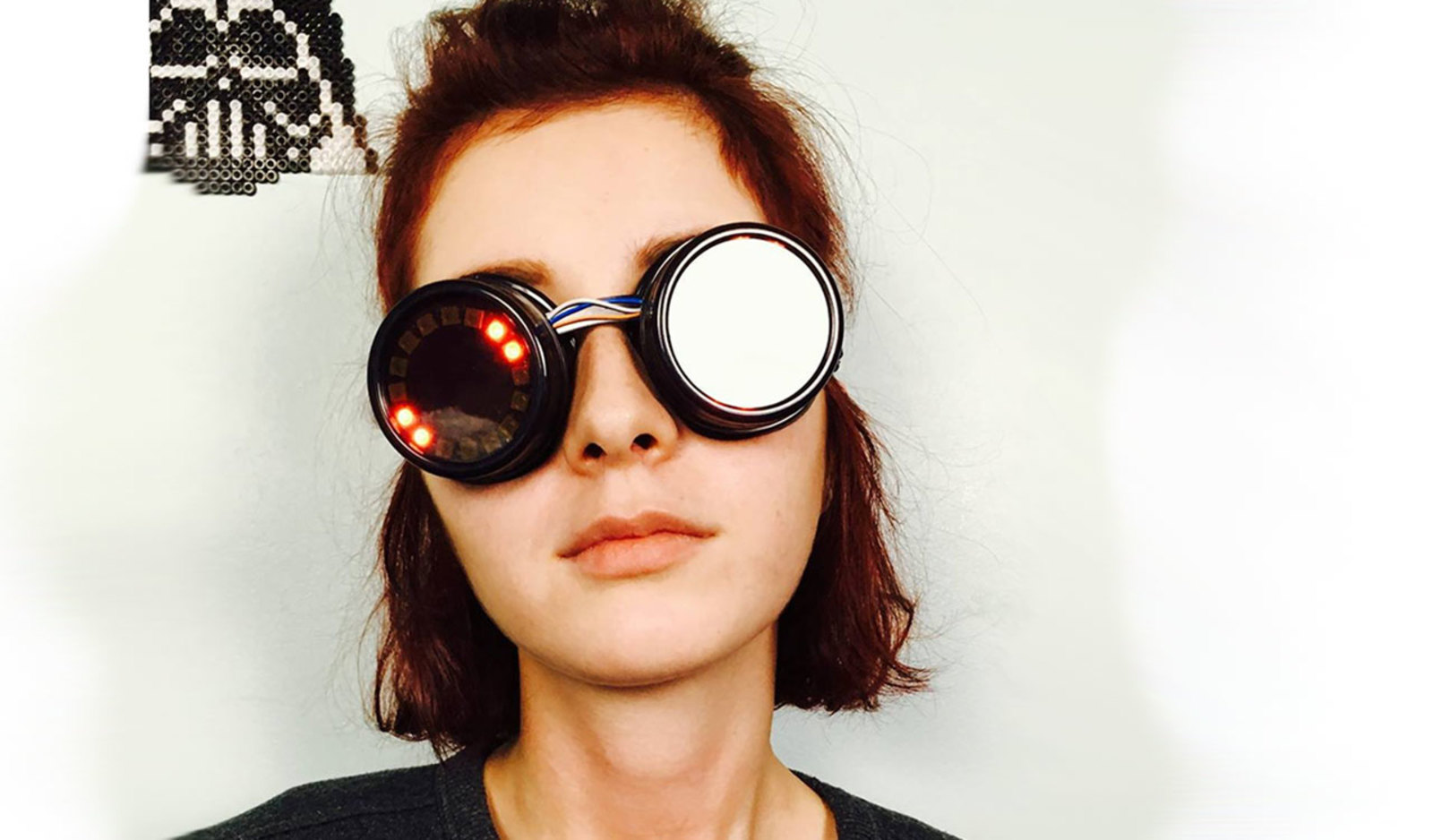 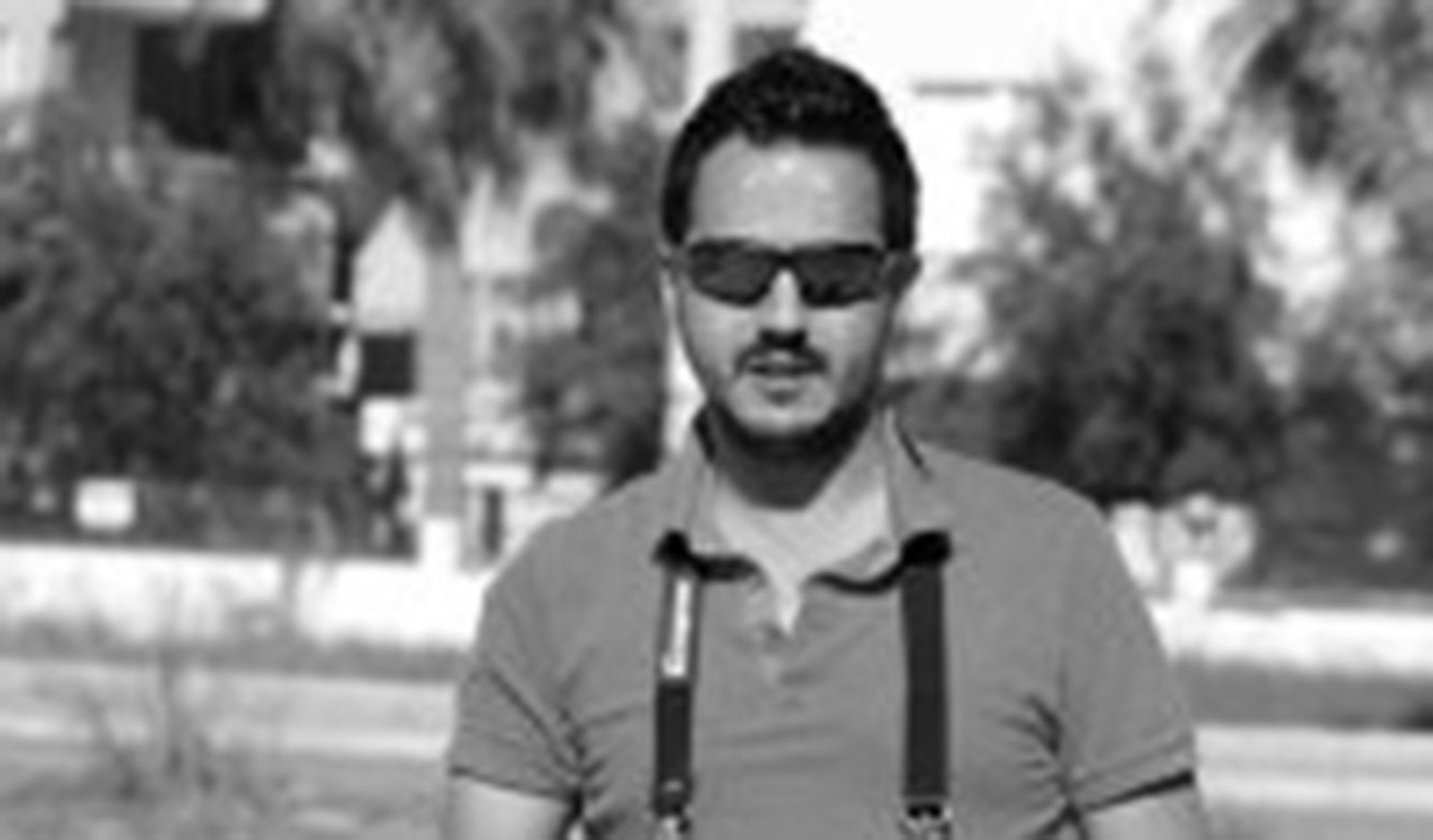 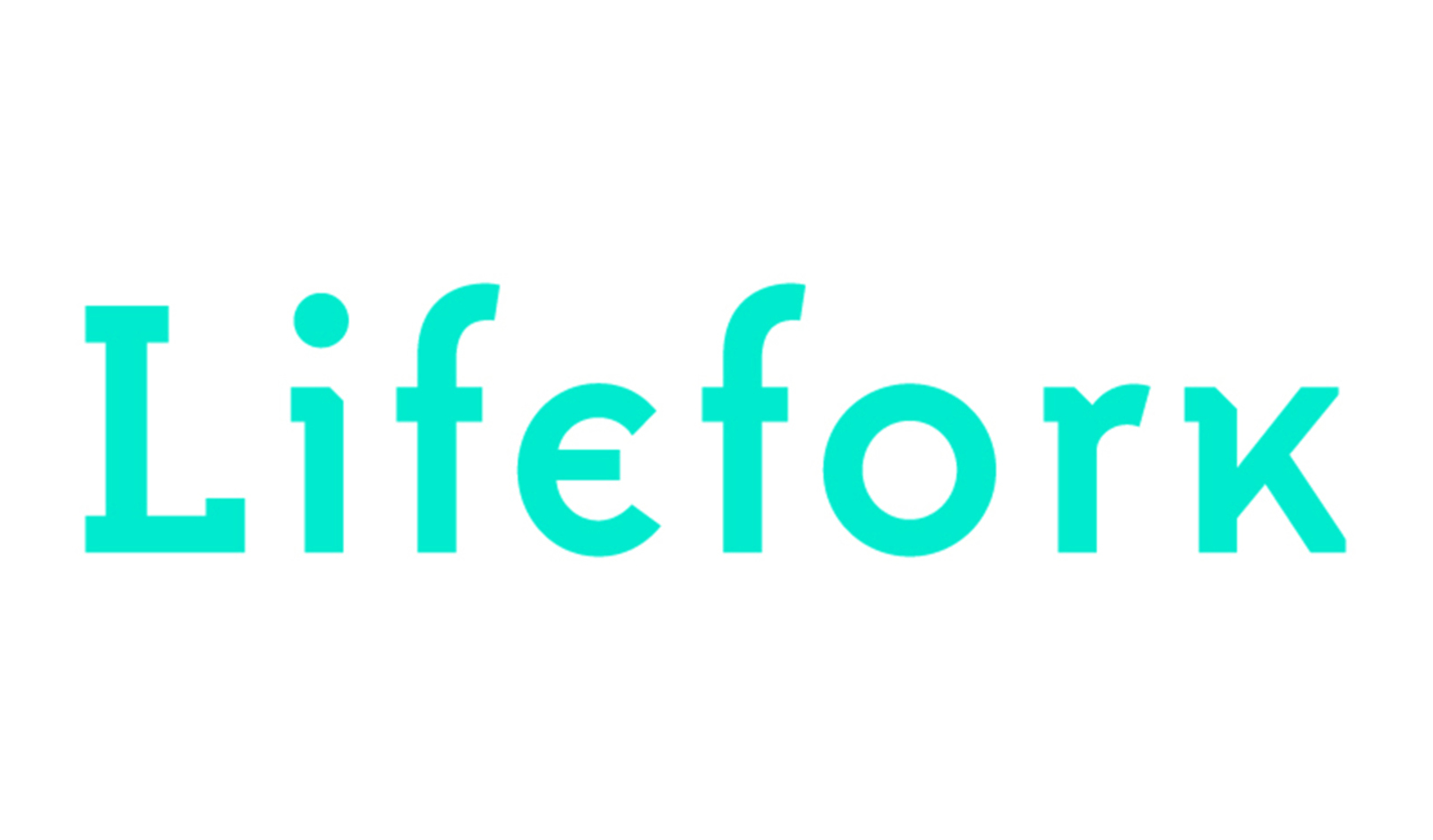 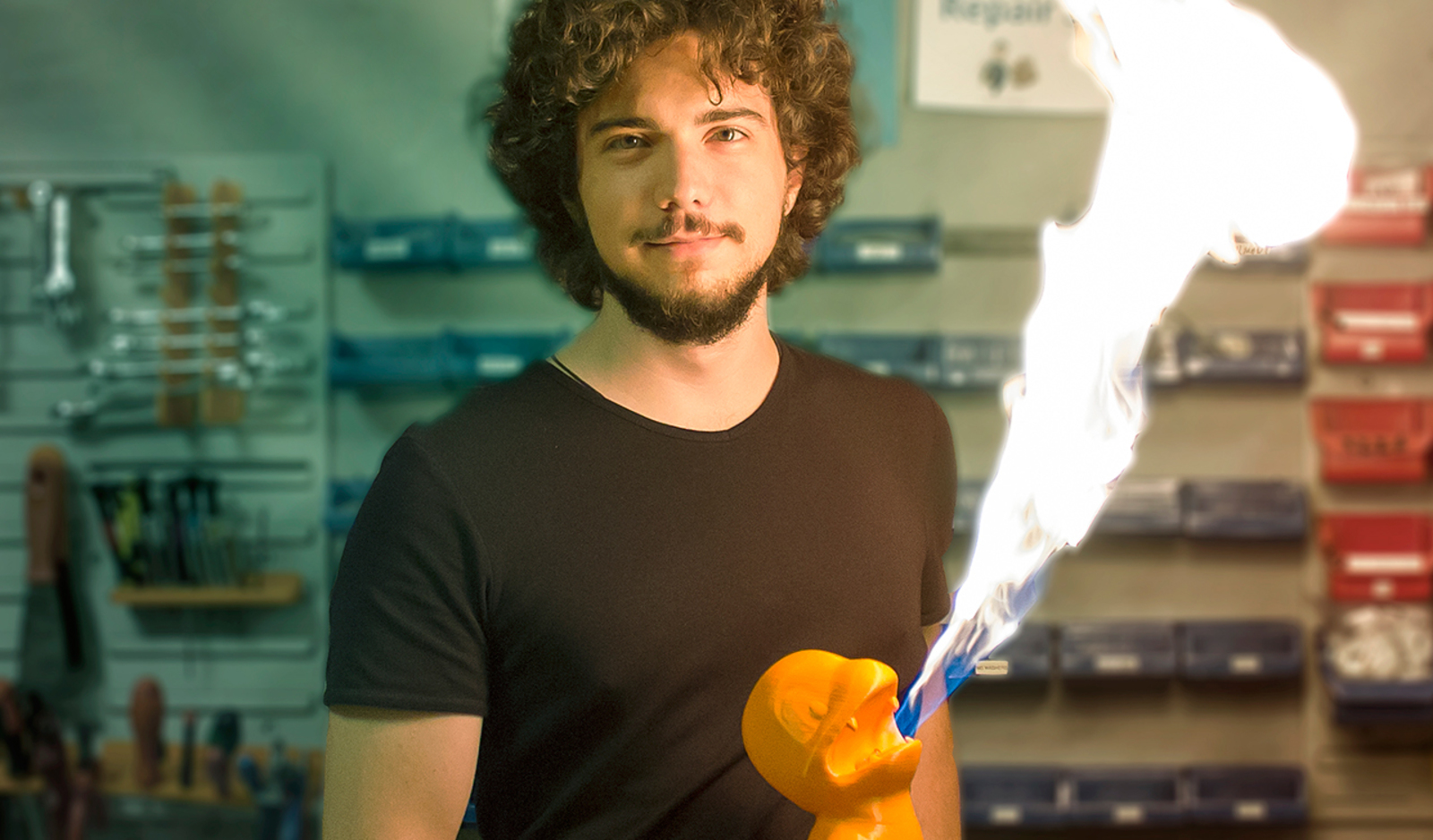 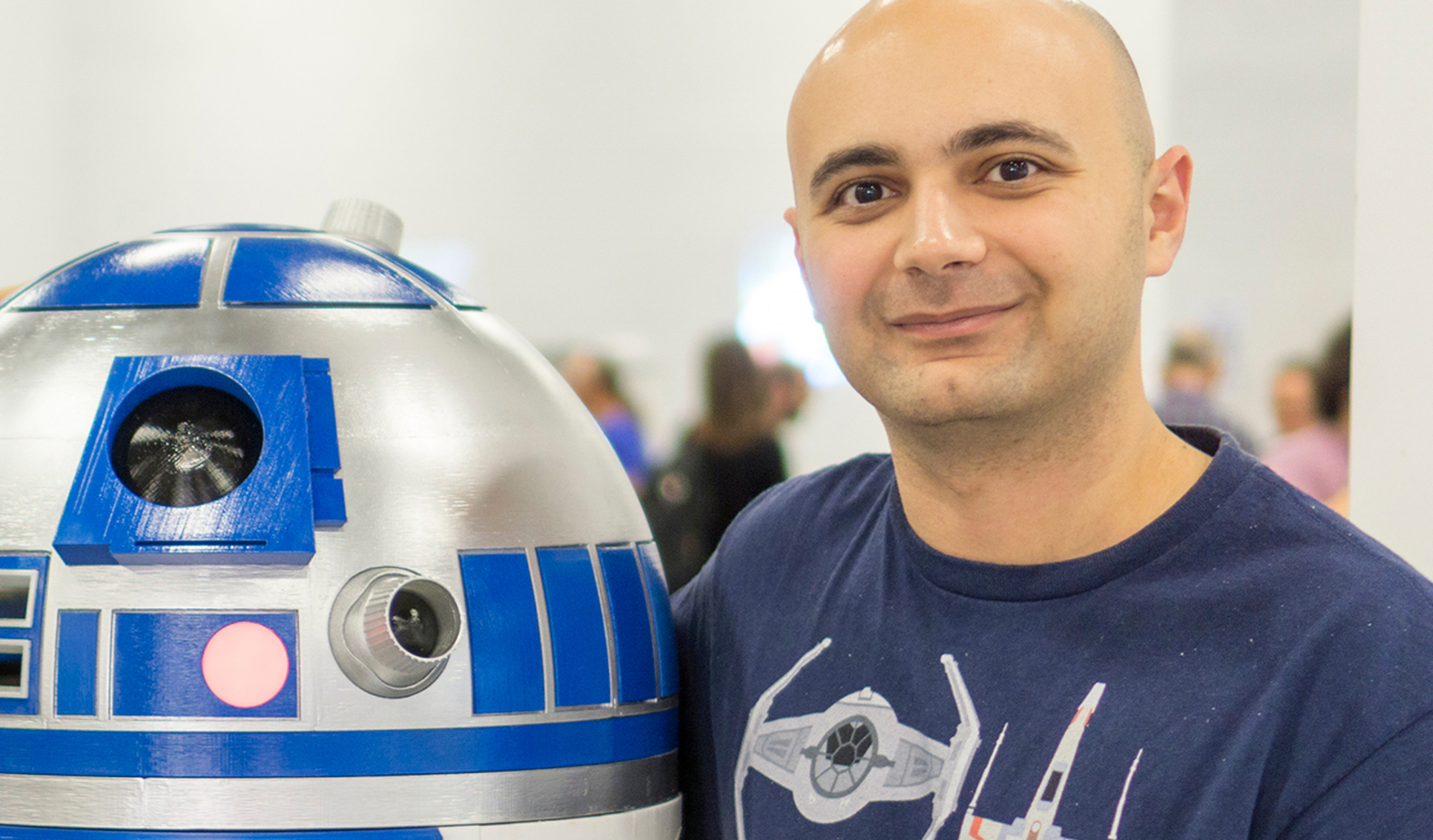 Makers Türkiye is the first and biggest maker community of Turkey in which students, instructors, designers, engineers and everyone who is interested come together. It has been working to develop the maker movement in Turkey and encourage more activity in the area since February 2014. With a community of 50.000 people, it is trying to convey innovation and production to a wider audience. It holds events/gatherings/maker days to encourage the emergence of more visionaries, designers and creators in Turkey.

Afra Sönmez, after completing her primary and secondary education in Moscow, returned back toher homeland Turkey. While studying Visual Communication Design at Yeditepe University, shestarted working on Electronic Textiles and doing researches.Afra, who gave seminars andworkshops about this field for a while, finally succeeded at attracting interests of people with thekinetic costume she made for Tuba Ergin's podium opening costume at the MBIFW (Mercedes Benz Istanbul Fashion Week). Because it is an area that is not yet known in Turkey, she opened achannel on Youtube called "Coinbattery" where you can find in the area of electronic textiles andmore, about 3 months ago in order to produce Turkish content. She is currently working as afreelance artist and continues at her workshop trainings. New Year's crown: A simple DIY project everyone can make which harmonizes customized accessories production with electronics. Touch-operated glove: A project which shows how a simple technique these gloves are actually made, even though they are recently presented as high tech equipment. Pakize from space: A project which encourages us to create our own ornament with a little light instead of making posters of figures we adore. Electra: Electronic Textile costumes that are composed of 2 costumes. The coding of leds were inspired by party costumes that define Electra, Goddess of light, and her daughter Iris, Goddess of sky.

Founder of the www.hobicim.com. Curator of the maker faire organization in Turkey. Altuğ is working on maker movement. He will present a little show on drones and visitors will be subjected an environment that enables interaction with drones.

Positioned as new generation experience agency, Lifefork matches digital/ offline experience, products and services with brands and end users. Software outsourcing & development company Dreamrain has different clients like Cisco, Cheque Dejeuner, Multinet, Continental, IMAP, Nexia and Microsoft. It currently develops digital solutions for Virtual reality. It will be tried out with a specially designed game by users that uses VR, one of the fastest developing technologies of the world.

Suat Batuhan Esirger is an architect which lives and works in Istanbul. Born in Istanbul/Turkey-1994. He graduated from Istanbul Kultur University. Besides his architectural works, he has several works on electronics, programming, 3D modelling, crafting and virtual reality. He has built drones and 3D printers from scratch. He has more than 20 awards on engineering and design challenges. Esirger will mostly showcase his 3D printed designs, as well as works created by using different materials and surfaces. Quadrocopters created again with 3D printers will also be exhibited. There will also be dragons that spit fire, which will be used by Esirger to serve marshmellow to the audience.

Umut orchestrates software, hardware and mechanics to produce cool inventions. He has worked in Silicon Valley, TechShop and Maker Faire and receiving the Most Valuable Professional award from Microsoft since 2012. He founded Turta brand to push hardware developers to produce their best. R2-D2, Star Wars' legendary droid character, has gained a huge fanbase since the first film of the saga, which aired in 1977. Many makers around the world are creating their own R2-D2s, exhibiting them on national events. A droid includes dozens of features and is the creation of one is a lifelong work. You can enhance your droid on your spare time by adding new features. Naturally, there are many ways to produce a droid. The home made R2-D2 is entirely made of 3D printer. It includes a computer that runs Windows, motor control wires, lights and mechanisms. We are waiting for you to check out the droid and learn how to build one of your own.

Zaxe is an desktop 3D printer manufacturer since 2013, based in Turkey. Company is developing 3D printers and softwares that facilitate to use. X1 is Zaxe's first model, which has industrial quality level of printing and super easy to use desktop 3D printer. Works with Wi-Fi connection also Zaxe X1 has colorful touch screen, cloud connection and 120 MhZ powerful processor. Zaxe X1 is a personal factory for architecture offices, industrial design offices, R&D offices, maker spaces, education market and home-end users. You will experience the excitement of productions with 3D printers! It is very simple to produce stuff with the X1 model. You can find ready models from internet sites that produce 3D model or design one yourself, then let the Zaxe X1 produce for you. With a quality resolution that varies between 50 and 300 microns, you can see your dreams come true. You can create any product you want from ABS or PLA plastics using 20cm x 20cm x 22cm print volume. ABS is the industry's choice and it enables you to produce durable products that are heatproof. PLA, on the other hand, is an organic plastic produced from corn starch that is mostly compatible with cold food and beverages. Zaxe X1 hands you the power of unlimited production.