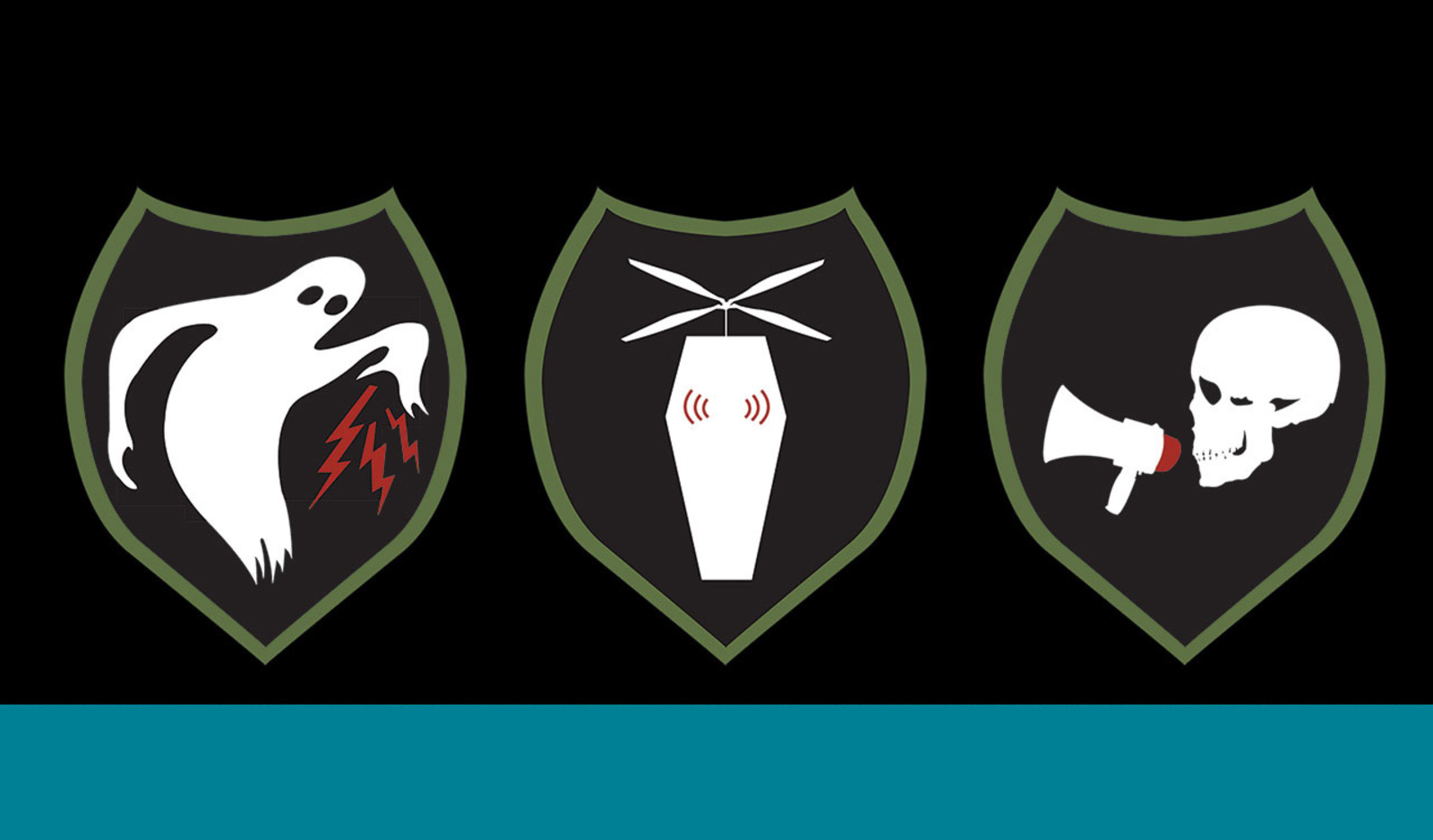 AUDINT presents a collection of works together for their exhibition, named - AUDinst019: Upload=Delphic Panaceas - at the Zorlu Performing Arts Center in March 2017 as a part of the Sonar Istanbul +D Programme powered by Digi.logue.  Involving old and new work, the exhibition will be comprised of an intensely immersive closed space that uses Subpacs (which vibrate bass and infrasonic frequencies down the spinal column); headphones which will amplify the 20-minute narrative of the work; fog machines which obscure the artworks on the walls of the space; miracle fruit (which reverses the polarity of the taste buds – meaning that sour tastes sweet) and wood chips which provide a scent not usually associated with interior gallery spaces. These will all be used to continually modulate the 5 senses so that participants are forced to acknowledge both the vulnerability of the sensorium, and the potential of other forces (military, entertainment and economic) to territorialise those realms that reside at the edges of perception.

The two sonic narratives transmitted through the headphones last for 20 minutes each and flip from one to the other, referencing the vinyl record/book/print project that they are taken from – Martial Hauntology, which was released by AUDINT in 2014. Martial Hauntology mixes the whispered and the unsound into an audible journey that links the underground groove of the Large Hadron Collider with the vaults of the Bank of Hell; connects the Dead Record Network with the Phantom Hailer; and traces the evolution of the Wandering Soul Tapes to the viral dynamics of the online spectreware IREX2. Below are the opening excerpts from each side of the vinyl record.

Also exhibited at Zorlu PSM will be 2 films, the 20-minute Delusions of the Living Dead animated film and the 8-minute animated sci-fi trailer Ghostcode, based on AUDINT’s upcoming book From AI to IA: The Holo Wars. Ghostcode is an animation set in 2056 when Corporations and Nation states have fused into single economic and political entities. This is an era in which human flesh has been removed from the messy equations of political turbulence, resulting in conflicts being conducted by holographic and holosonic forces. The film follow the exploits of Irex2, a rogue Artificial Intelligence on the run from its undead creators as it competes against a Columbian Black Hat named Sureshot to develop A.I. Holographic fighters named AIHolos.

Fuelled by the sound of human pain, the AIHolo’s weapons require massive injections of recorded suffering. As torment becomes an economy in its own right, Pain ©Amps are constructed to generate the sonic power source. By amping up the rationale of the music industry’s most successful formula of the C20th – recording and selling the sound of poverty stricken urban areas – the functionality of suffering has been pushed to the limit. The needle is in the red, but it is pain that is wanted, not blood.

Originally formatted in 1945, AUDINT currently consists of Eleni Ikoniadou, Patrick Defasten, Toby Heys, Steve Goodman (Kode-9) and Souzanna Zamfe. Having been individually drafted into the research cell by IREX2, over the past 8 years they have been collectively: researching the weaponisation of vibration; developing a cartography of liminal waveformed perception (unsound); and investigating the ways in which frequencies are utilised to modulate our understanding of presence/non-presence, entertainment/torture, and ultimately life/death.

Subpac is a wearable technology that pulses sound through your body. A patent pending high fidelity, full body experience designed for professionals, made for you. Once you feel sound, you wont go back to just hearing it.